driving to drop off my girl @ Kress….. I start heading west to meet up with my boy Jon & Nicky Hilton at a gas station to get some chips…. it looked shady like a random drug deal…. S600 & M5, both guys wearing black lookin like the usual suspects… so anyways, some sheriffs pull into the gas station, no big deal, I say “yo, I’ll holla at you later cuz these pigs are going to act real gay in a sec, so peace” say bye to Nicky and shake…. OF COURSE THEY FOLLOW ME OUT OF THE PARKING LOT, AS SOON AS I GET ONTO SAN VICENTE, THEY LIGHT UP THE RED & BLUE LIGHTS….
so I pull over, I say “lemme guess, it’s my exhaust?” they’re like yep… so I tell them I’ve been cited for it already and it’s due for official CHP inspection next month…. they say show me the citation and I do… as I open my glove compartment, the other sheriff(of course they’re paranoid to the maximum degree, everyone lies, everyone’s a crook, especially a millionaire bald headed guy who’s covered in tattoos and jewels) with his flashlight catches a glimpse of my gun holster…. he then yells “GUN!” and I’m about as excited as watching golden girls in my teen years….. the other officer says, GET OUT OF THE VEHICLE AND PUT YOUR ARMS ON TOP OF THE CAR. there’s a bunch of arguing going on and then the pig says “you are not under arrest” we just need to verify everything….”
so I sit in the back of the shitty squad car for over 45 minutes. I’m fucking pissed. they ask the normal stupid questions, “why do you have so much cash on you? what is this?(valium/xanax which I have prescriptions for) what do you do for a living?) once I answer all of them truthfully, I begin to be dickhead and maybe I could have got out of the car 10 minutes faster, but fuck them. then he asked, oh so where is you’re jewelry store, I tell him in south central LA, they say oh well thats a good reason to carry I guess. (no shit you dumb fagget punk ass cop?) before, he had a genius question…. why do you carry a gun? Ummmm maybe because I want to kill people? no I said “because I have to protect myself, I don’t want to fight, if I hurt my hands, how else will I be able to count cash?” he got pissed as he tied the handcuffs tighter and then hit me with his baton. anyways, they run my license, my record, my gun, my gun license. NOTHING! I already have a citation for the exhaust, so all they can do is give me a ticket for being an asshole/dickhead.

bullshit.
as I get all my shit back including my glock 40 and my 3 extra magazine clips, I tell them, I’ll make sure I don’t donate money to your picnic this year as I’ve done for the past few years.
I twitter’d about this…. I even took a pic

FUCK ALL POLICE, DON’T MATTER WHICH TYPE YOU ARE, FEDS, COPS, SHERIFFS, ALL PIGS CAN EAT A FAT ONE. 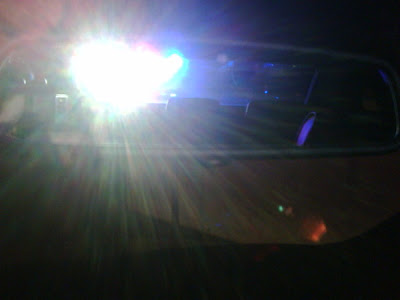