Well, I wish I had a better more positive Grammy wrap up for you, but honestly, I thought the grammy weekend was way over hyped… don’t get me wrong, I got crazy….. there were parties, but so many with so little time and the people were there to be seen or see what important person they can network with, instead of just being there to have fun…. F the dumbshit… me and my bro Jonas had fun…. birds of course, etc etc…. everynight ended @ 7am…. blah blah…. just a blur, I’m still fighting a cold. my workout has gone to shit…. speaking of which, I have a video interview with Bodybuilding.com this week and I missed 2 days of working out…. jesus Chris Brown? cmon fam…. I can’t even get into that here now that my blog has reached a big audience… but damn bro.

so skipping to this morning… waking up 7am to tmz cameras and others all up in my fams business because the car CB was in was a PM exotic rental…. etc…. I had a crazy morning(let’s not get into last night, since CB was staying at the same hotel… jesus!) so anyways… went to go pick up my man Drake and Future the Star from the telly, I wanted Drake to see the hood. see LA and not just, melrose or Bev Hills. took him for a drive down western, down arlington, then obviously down Slauson the world famous Slauson Swapmeet! Drake came by to peep out the crazy jewels we have in our store and I even showed him some crack from the safes….. 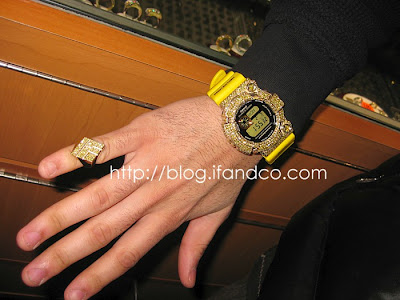 drake reppin, the IF and CO pinky ring…. and the 13 carat fully flooded massive Frogman G-Shock
and then since he’s from CA (canada. lol) I wanted him to rep CA (Cali)
he finally got to see how dumb big my chain is! 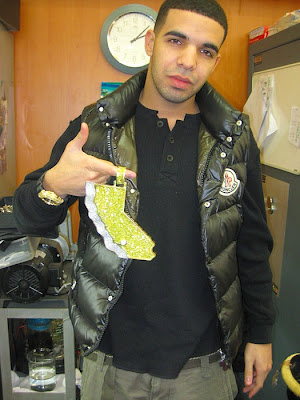 we left IF and CO to get some food at the grove… then headed up to see my fam @ platinum motorsport. Drake uses their services for car service and such to get around for meetings, shows, etc when he’s in L.A. Drake’s shooting a video this friday, so maybe we’ll throw some lambo’s, rari’s, rolls royce’s in the shoot! while Drizzy was there, he signed the wall of fame that so many big celebrities have signed. 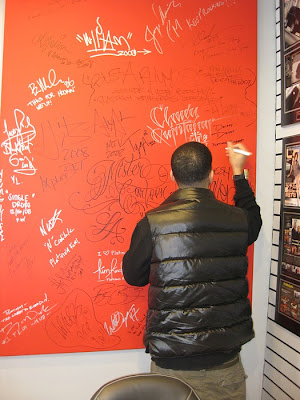 so we pushed from Melrose back to Beverly Hills and while we was in Beverly Hills, I wanted to shout out Future and Drake had a little message to give y’all for those highly anticipating the release of his mixtape So Far Gone….

why am I showing dude so much love some of y’all ask? because dude keeps it humble like my other lil homey, TK…. I haven’t seen this much talent in a singer/rapper since Kanye before college dropout. it’s crazy. I wish dude the best and if I can help him in anyway, then I’m there for you lil homey.

p.s. business is always good, thank god everyday for that…. we’re making chains for cats from canada, to tokyo and of course all over USA.