man today felt like it went by in 20 minutes…. woke up, did some cardio, had a meeting and then linked up with my bro Jonas and my godson….. we went to K-Town to get some official Korean BBQ, you already know I stay OG with the spots

YO MISS INFO, YOU MISSED OUT AGAIN!

jonas says what up! 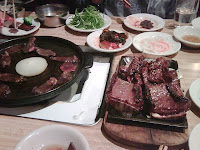 then we headed up to Target to get the youngster a toy for great behavior… was browsing thru some of the stuff and came across this. shit is too fresh! 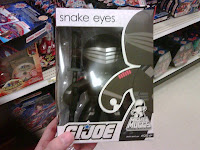 we then headed back to the tilt to chill and while my godson watched cartoons and played with his new toy, I was breaking down Twitter to Jonas and how we can take over the world with it. lol…. man me and Jonas have had some crazy ass talks everyday this week. this fool! haha, man we are for real pieces of ……. haha, don’t see each other for 5 days and it feels like a month fam.

and man, I saw the ad L-R-G is running this summer for DRAKE and WOW. they made you look like the star that you are fam. DRIZZZZY, you got Jonas co-signing for you hard! along with the L-R-G fam bro. Kev D was on your early, no homo.

I had no time to get ready, hopped in the whip and headed down to skid row to hit SA Studios for the XBox 360 event for the new Resident Evil and the limited edition 360 elite which comes in red. (only 15 were given out this time) thank you SA studios, marco and xbox very much.
I ran into a lot of og’s in the house, lulu, rome, dj muggs, flaco and my og og homey Mr. Choc. good to see you! walked right in to hear my man playin Doug E. Fresh keep rising to the top. man that shit brought me to 1989…. of course my big homey Mister Cartoon was in the house. the event was dope as usual, good food, games and free drinks (I had water of course) and later on my lil bros GOAT and Rob Kardashain swung by and how can I forget a very very very old friend of mine Mark McGrath and his gf Carin. I’ve known Mark for 17 years now. crazy how time flies…. we was all broke, me him and dj homicide and maybe $15 total between the 3 of us in the mid 90’s and had THE MOST fun then…. then Mark and Homicide blew up and became worldwide rockstars with Sugar Ray. I got to catch up with Mark and talk about everything from parties we snuck into to his best friend, my old homey McG getting into fights with Christian Bale during the filming of Terminator. lol. Mark and Carin, great seeing you, I love you. hillarious twitter battle goin on between me and Homicide during the event….
here’s some pics (obviously click on the pics to enlarge them) 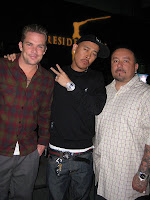 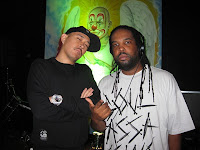 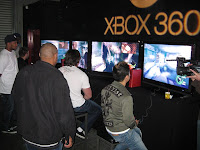 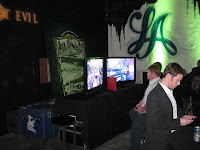 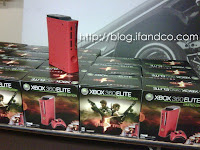 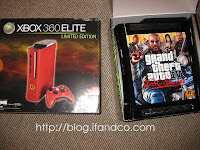 I was gonna go see Watchmen tonight maybe or I was gonna head out to Ecco and pop shit, but I got into a long ass heavy talk with my bro Homicide about everything and him moving back to LA and just life in general… it’s been a minute and it was a good talk, talked how about how crazy it is that a big majority of the friends we grew up with from the ballistyx era and such have blown up crazy and just people we’ve known for over 15 years have come up crazy in this town. it’s not even name dropping, it’s just real. I did Will.i.am’s demo for Black eyed peas, but I remember the days he used to dress like bagger vance or look like a hood leprechaun and we used to get our bag sessions on heavy, we still bag on Will all the time and he’s a grammy winner, super multi platinum artist producer…. but he used to be on the other side for a long time! I remember when he was signed to ruthless records and he would want to battles cats from Bone Thugs cuz they would make fun of how he dressed, but skills wise, he was waaaaay far advanced and more talented then them cats (no disrespect, bone is fam). how him and Xzibit would battle in 1991 and shit and just so much, from AM before he was skinny and just coming up. it’s crazy to see how blessed we really are. thank god. much love to all my homey’s grinding, living the dream and to my fam/homey’s who are chasing the dream still.

I gotta cut my wig and shave and get pretty. got a photoshoot 2moro and then a lunch with my girl Tila, then I gotta head to the OC for my first ever Korean Pop show. lol. goin to meet/see JYP or JY aka Jin Young Park and the Wonder Girls. should be very fucking interesting!