so I was lookin forward to last nights party for travis and snoop, but I really also had that, it’s just gonna be another party, some drinking, some girls, same people…. but I WAS WRONG!
I HAD A FUCKING BLAST FOR REAL!

so we rolled up, thank you Marco for the VIP treatment for real. walked down the red carpet, I knew maybe 2 press outlets as I don’t do much walking for real down the red carpet…. but I’m not supposed to, I’m just a jeweler, but I rolled up with my homeys Jimmy Boi and Franchise and Rob Kardashian and they started to ask Rob some questions and he acted like Pauly Shore meets Mike Tyson… hella rudeboy styles! haha. they were like can we talk about your sisters? he said, no I don’t want to talk about them. what’s your favorite snoop song? he said there’s too many. how do you feel about tiger wood’s situation? he said, he’s a great athlete, I don’t care about his love life. bye. lolol.

so we walk in and the venue(vanguard) is someplace I haven’t walked into since AM And Travis did 1 of their 1st performances 4 years ago for the sidekick II event for Mister Cartoon. but the vip host, laced us with a front row table and we chilled for a second, walked around to the upstairs VIP area and thats where it was open bar etc…. but then Lamar Odom hit us up and said he was walking in…. so Lamar joined us at my table and we started to look at the bottle prices and Veuve was only $200??? I thought it was a misprint, so I said fuck this, let’s get it IN! told the waitress bring out 5 bottles please asap….. as I thought I was going to pay for this, Lamar pulls out the black card and is like, chill I got it. lol….. I said. okay then you got it L. O. (we ended up ordering more champagne and a few bottles of VSOP remy which tasted like brandy meets nyquil) 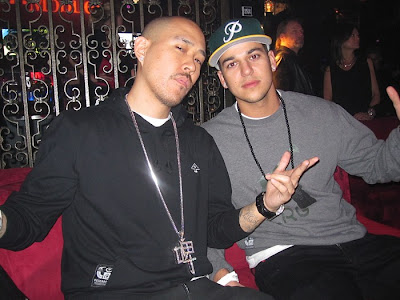 me and Rob reppin that L-R-G and Rob also reppin that good wood jesus…. I gave one to Lamar Odom too…. thanks Chris CtotheJL

(pics of the crowd…. click to enlarge all pics) and sorry I didn’t take that many pics, I really was just enjoying the night and didn’t even care to so much 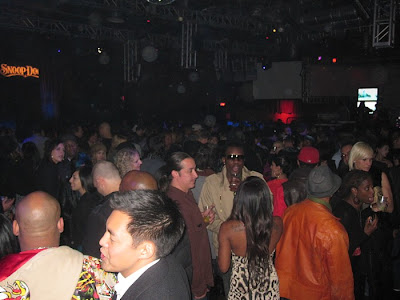 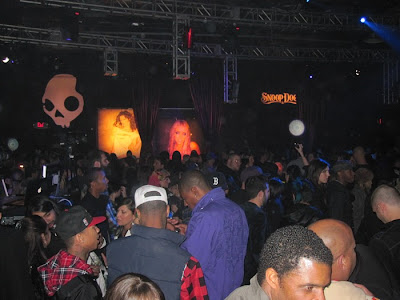 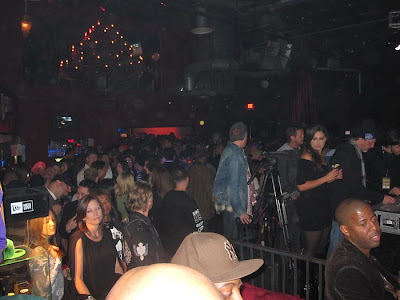 so I got to run into mad homey’s. everyone was there from Ray J to Clinton Sparks to my lil homey Tila to Rob Dyrdek, famo Mister Cartoon, my og homey kurupt who I got to chop it up with. the FSAS team, my boy Kevin Conolly who I kept talkin shit to all night, my cuz Tommy A, Jackie Long, my boy JJ from the palms, Jamal, Travis of course, Sean Paul, Pharell, Mike Epps and like 100 more celebs in the house… 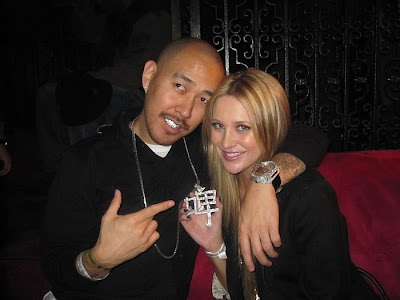 My homey Stephanie Pratt had the table next to me and we got to chop it up bout some bs goin on in her life and how they wouldn’t let her in because she didn’t have an I.D. speaking of which, they didn’t frisk anyone in the VIP line at all… the normal line was about 5000 + deep and we all walk in, but they look at Jimmy Boi’s hooligan lookin ass and frisk him immediately lol!

So I get to mingling, sharing the champagne and really enjoying the company and scenery and then Snoop gets on stage and immediately gets into Next Episode and a medley of West Coast classics! he performed it ain’t no fun with kurupt, and warren G and I haven’t seen them all on stage together in maybe a decade or longer. DJ Quik performed his classic “Tonite” and Pharrell got on stage and did 3 songs with Snoop, then Game went up and gave the crowd nothing really, but Travis was banging on them drums hard all night! 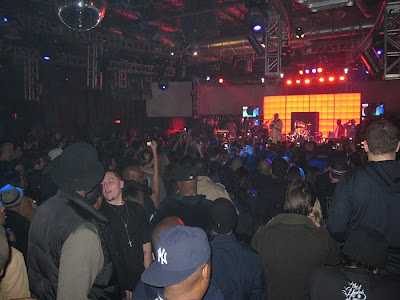 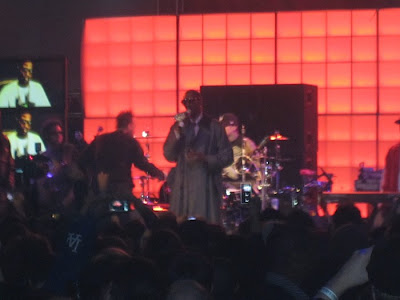 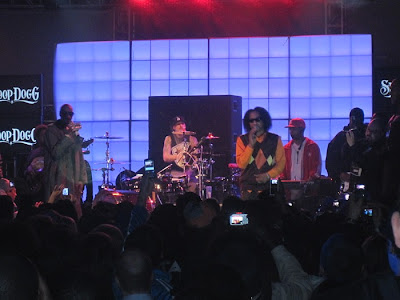 After the performance, we all shook out and headed to kitchen 24 for a quick meal and linked up with my boys DJ Reflex and Tristan (congrats on your new show 90210, you may have seen him on “the wire”) and I got my after school special on then talk to my boo til I fell asleep. 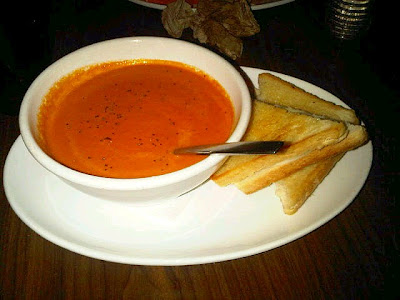 tonight, I’m headed to the Complex event with my brother Alchemist DJing…. 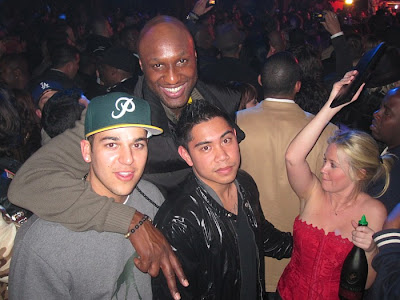 my lil homey Franchise needed to get his shine on… I had to take a pic of him having a good time…. 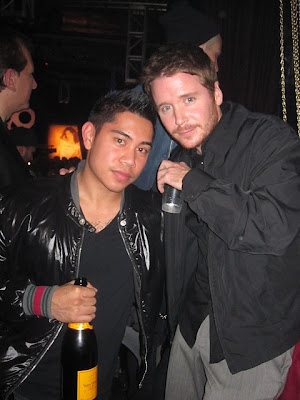 and then since Franchise is such a huge entourage fan, I was like Yo Kevin, I know I been bustin your ass all night lol….. but meet my cousin…. Kevin’s always a down to earth chill guy.