sorry for the delay, you know mondays are tough….
I don’t know how much else to word this or say it, but PM basically owned the entire show, I didn’t even stay in for a very long time because it was just soooo crowded. there was a line all the way around the building near the 110 fwy. that coulda been over 1,000 person line and I know I wasn’t going to wait in it, but damn I feel bad for those who did. I pull up, VIP red carpet drive up style in the rear ramp…. seen my homey Kim Lee(I gotta call you, sorry, wasn’t trynna be fancy, just had to get inside) but they had valet there thank god. I get the vip treatment and as soon as I walk in, I see my homey Herman who used to own the mag and is 1 of the founders… he now has a new magazine, which I’ll bring up another time and still produces Cribs for MTV and also manages the Jabbawockeez. He introduced me to Manny Pacquio and I was like damn I’ll lay this lil dude out(yeh right. lol) Walk up to the PLATINUM MOTORSPORT booth and was like, this shit ain’t even a fair fight this year. I mean GFG/Giovanna went hard, Forgiato booth went hard and then…. pimp my ride(galpin booth) along with everything else was just some toy shit. I know some of these people put hard work into their $25,000 cars and spent well over that customizing it, but I’m off that shit. putting lambo doors on a scion and $25,000 in other work to it is super lame TO ME, just my opinion…. anyways. Platinum’s Line up was silly. it was everyone else was almost high school varsity stars and PM was basically the NBA All Star Team.
they featured: 2009 Lamborghini LP640 matte black(owned by a saudi prince) they changed the body a little bit on the 2009 and he had on some Agetros on it. 2006 Lamborghini LP640(owned by Jack who is 1 of the owners of Platinum) with a full veilside kit and full interior makeover and a ignorant Maya MRS wheels on it(7″ lip in the rear), 2009 Porsche Cayenne Turbo(owned by adult star/mogul/producer Jules Jordan) matte black with full Tech Art bodykit and 24″ Agetro wheels, 2006 Aston Martin Vanquish S with fully mansory body kit and 22″ agetros. 2009 CL65 matte black with custom cut monoblock wheels(owned by Saudi Prince too, btw, he has a Lamborghini Reventon #10 of 20 made on earth & a Veyron smh) 2008 Lamborghini Gallardo Spyder with Agetros, 2008 Rolls Royce Drophead(first one in the world that had 26″s on it) 26″ agetros(owned by former NBA star Chris Mills), Chris also showcased his 2007 Matte Black Bentley GT with a full widebody kit and 22″ Agetros, 2009 Mercedes G55 with full brabus kit and exhaust and 24″ agetros, 2009 Dodge Challenger SRT-8 with wide body kit and 24″ forgiatos and lastly 3 Audi R8’s all done up

ppi kits, monoblock wheels, the royal blue one was custom painted and is owned by Ryan Grant(starting RB for Green Bay) I might be forgetting a car or 2, but really. it was ridiculous. Shout out to all my boys who came through, was good to see Ice Cube after so long and a few other heads. there was a good show I heard, but I had to shake, it was just too crowded. Sam you are an amazing and unbelievably hard working person, good to see Rob Wang on the team for real. not that there was a missing link, but he filled any gap and now it’s really lap time, GAME OVER!
some pics 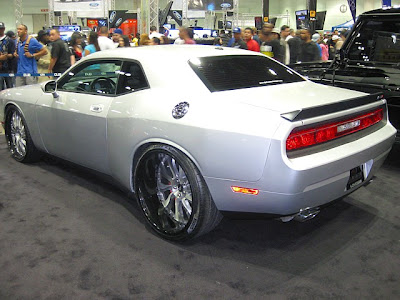 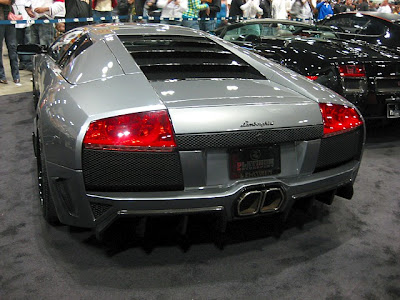 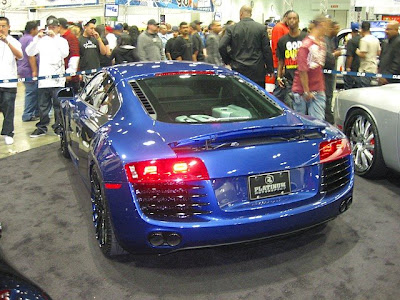 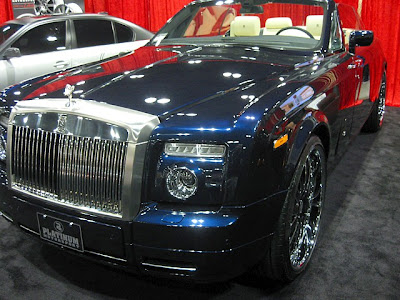 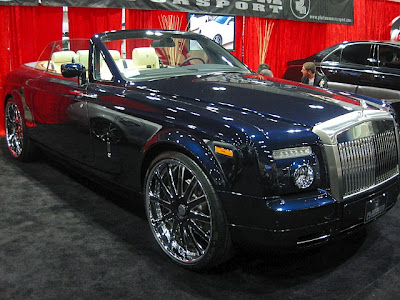 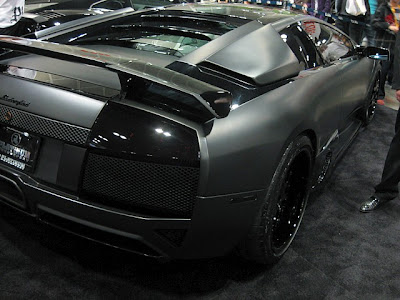 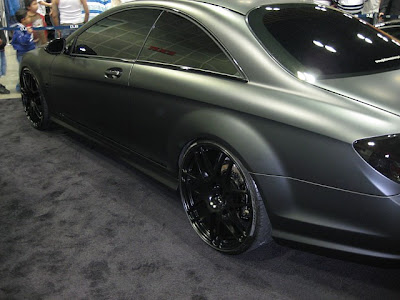 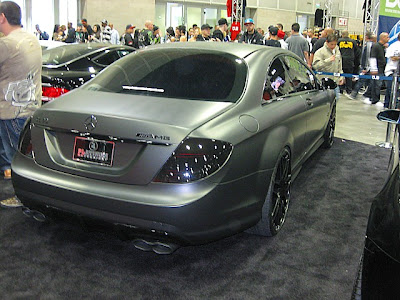 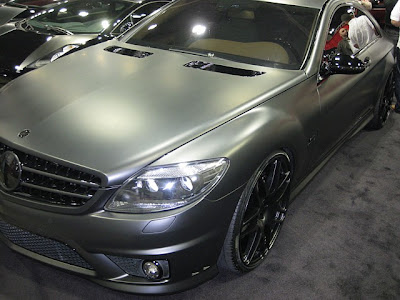 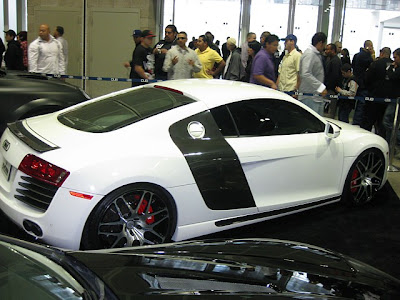