So after the rollin around with drizzy and future, I was filling up orders for custom jewelry from Houston to NYC, etc….
had to head downtown to skidrow and to Mister Cartoon and Estevan’s studio aka S.A. studios aka Soul Assassins studio. for this XBOX 360 party for the new downloadable game Grand Theft Auto IV “Lost and Damned” . The special event was hosted by Soul Assassians studios and RockStar Games and of course along with XBox 360…. SA always has good catering and open bar

Seen a lotta cool ass peeps in the house… my man DJ SKEE was djing the event, shout out to Rob Abeyta, Lucky, DJ Muggs, RJ, Rogue Status, Eric @ Zenetti and damn if I forgot you, sorry…. They gave the tastemakers and celebs who showed up a free XBOX 360 Elite!!!!!! but it gets even better, it’s a limited super rare edition one, they only made 190 of them! crazy! and I guess I fall into the field of tastemaker/celeb???? oh well. I then went and talked to Cartoon bout my tattoo appt. next week. and I’m a little unsure what I want to start first??? damn. are we gonna do the back piece? or not? I want to… so we’ll see.
here’s a couple interior shots… 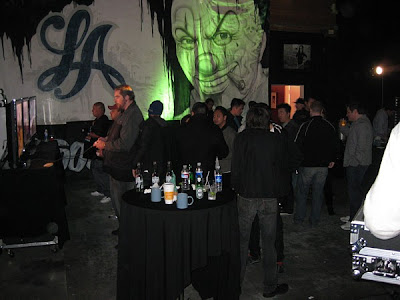 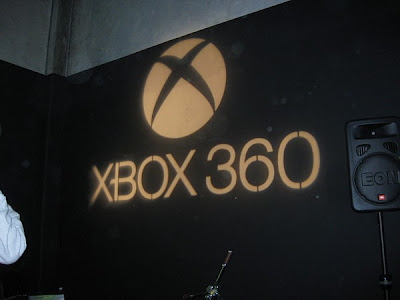 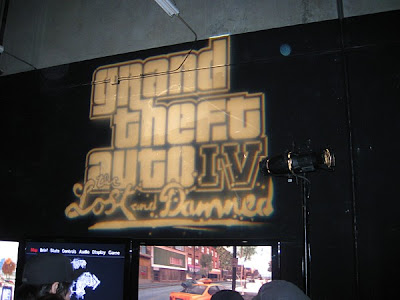 Estevan, me and Skee 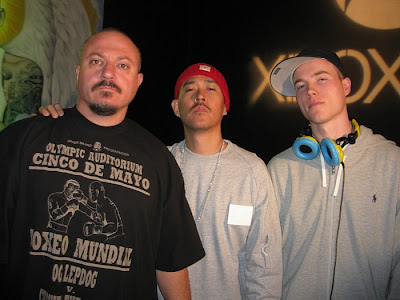 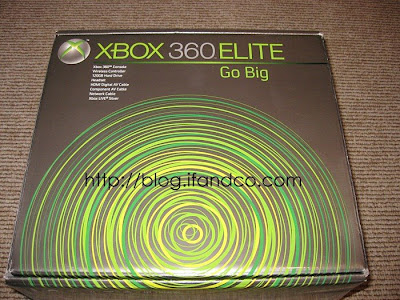 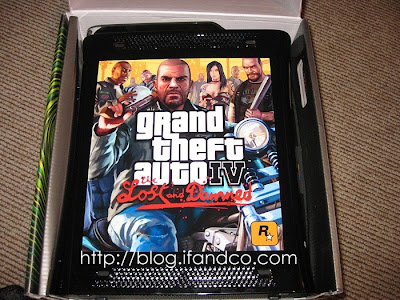 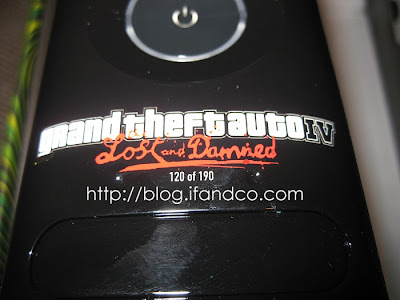 shook from skidrow and headed to see my partner PGA…. grabbed some official OG bubble for my man 40 so he can get his mind right to get this mixtape ready for thurs….
I always laughed at the warning notes they put on cigarette boxes in Canada… 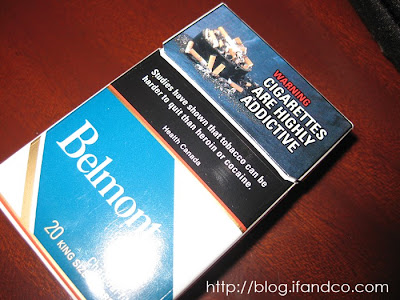 btw, how could you mix this with such good kush??? slap! lol

so anways, dropped off the medicine to 40 so he could work and went home and watched that crazy ass car chase with the Bentley on the news. R.I.P. while waiting for my car at valet, I ran into an OG homey of mine who’s now Young Money…. what up Jae Millz! holla at me with my new math and let’s get you right!