Nothing really exciting in the life of K-Teezy(I always say this….)
woke up Saturday early to run some errands…
FIRST STOP! MY GOOD DEED AND SOMETHING I HAD TO DO FOR THE VICTIMS OF HAITI! a friend of a friend is from Haiti and so she created a few drop spots for clothes, blankets or anything to help the poor unfortunate people of Haiti…. I went by there along with some friends and dropped off a ton of gear. 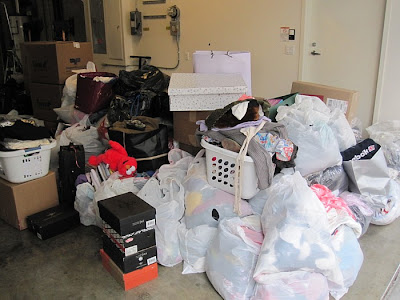 I felt better, but I’m still fucked up by the images of the families and how many people died or are dying there now…..

next, I hit the 818 to see a doctor about my headaches…. he asked me if I smoked cannabis and I said, why? lol….. so after I left the docs, headed back to the westside to eat on sawtelle…. while waiting to be seated, I walked over to Giant Robot to see what be@rbricks they had in…. they had a few 100%’s. so I copped 1 why not. I asked my friend to pick one out… I was hoping for a tetris one or hello kitty one or the spongebob…. she chose the shittiest one of the bunch! smh lol…

anyways, after that we head to go see my boy Spencer who plays for the Bruins… it was UCLA vs USC the og cross town and internationally known rivalry…. the game was fun to check, but damn we got blown the fuck out. UCLA was never in the game really…. I mean we weren’t aggressive enough and it was just aggravating as hell. We did get free UCLA tees for sitting in our section

during half time, the ucla football coach said some inspiring words to try to get the crowd motivated…. and brought out their bowl game trophy and it might have got the crowd amped, but wasn’t enough for the players it seems….. I think we coulda beat them, but again, I must be bad luck because we just didn’t attack the hole at all!

pauley pavilion always brings back crazy memories of my childhood and dreams to one day play there, so I give it up to spencer(5’6″ asian american playing ball at a Div I school) PROPS HOMEY! and thank you for the tickets again! always appreciated.

so after the game, it was early evening and it was cold as a bitch outside(for LA lol) so I headed back home to figure out what I was gonna do for the evening and I didn’t want to stay in. I got a text from my homey’s that there was a DCMA event goin on and I knew if anything I had to show my face for sure. So I chilled at the crib for a lil bit and then headed out to the Roxy to see my fam….

Ryan, good lookin out on the compliments… always much love and I appreciate you bein a fan of the IF and Co work! Tal, you already know what the fuck it is. I’m sorry for your loss with REV, I met him through you and Benji and Max, so I didn’t know him as well… I can tell you’re still in pain about it. but as always both of us have been through some crazy shit. love you bro. AMC!

3H, mad love homey! I’ve known you for exactly 13 years now! how fucking crazy is that? I met you when you were 15! maybe 14! haha… much love and Charles, keep doin your thing! Josh…. cmon bro…. we’re fam always. from GC to AMC to my everlasting love for anyone from the DMV.

if you want to see a random video of Charles spittin shit and speaking like a grown ass artist
CLICK HERE FOR AN ILL VIDEO!
OR BELOW!
ME AND CHARLES HAMILTON OUTSIDE THE ROXY THEATER!

ryan loco… aka Muscle! haha, FUCKING FINALLY BRO! sorry we didn’t get a drink but it was just too insane in there. I will always look you up in SD and finally nice to chill for a minute with you. you’re a fucking animal bro. and you’re dog is a G for real! FRANK!

speaking of Frank! he was just chillin on Sunset Blvd in a low low with hydrolics! lol. illest ever!

After the DCMA show, I walked across the street to pay my respects to my fam and OG Mark Mahoney at his tattoo shop, he was the 1st person to ever tattoo me. he is basically GOD in the tattoo world. before there was cartoon or before almost anyone, there was Mark Mahoney, Jack Rudy and Freddy Negrete who ran the OG world of fine line black and gray tattoos… Mark has always been an amazing human being to me and has more class than any school or university does on this planet…. when you get an amazing tattoo from him, the tattoo is free, you’re paying for his company and the stories! MISS YOU MARK! LOVE YOU BIG OG!

So I started heading east down the strip thinking of stopping by Playhouse and It’s late for LA time… but I’m having a great night….
it was technically sunday my cheat day…. so you alreadddy know!

:p
finally got home buzzin on life and love.

woke up to watch some bullshit ass NFL playoffs and just kicked it and got a lot of rest….
lost my phone, but got a new one today…

LET’S GET IT IN Y’ALL! Monday and we’re making moves!