So this weekend was nothing special AGAIN!
I hit up Playhouse on Sat night thinking it was my OG friend Jennifer Rosero aka Jen Bolthouse’s bday party to find out my dumb ass homey Stonerokk was playing a lame joke and so whatever, I made the best of it. got a lil drunk and hung out with my homiez Grant Shapiro, Igor and Allison and the new upcoming man in town DJ Politik…
early on, the music in the main room was the basic pop shit, I couldn’t bare to stand but I know dj’s have to play it… I went on a twitter rampage… but upstairs in the VIP from beginning to end it was realness and THAT SHIT! so I bounced back and forth and as always, I got stupid love there! 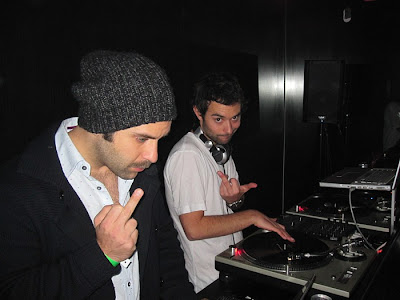 scumbag stonerokk and my lil homey Grant Shapiro… (RIP Brent, you are still missed and will always be missed… Grants Dad is the fucking man! his pops is Robert Shapiro and has helped me in sticky situations no questions asked, thank you Bob!)

can’t believe stonerokk really had this along with uncountable random shit on his playlists… I had to mms this to alchemist! 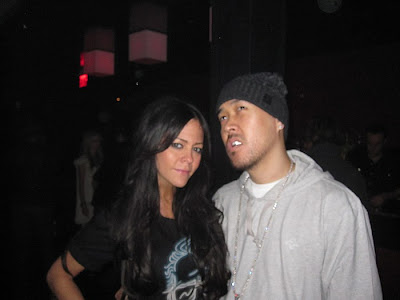 from nyc to LA, she is that girl you have to know to get into a hot nightclub 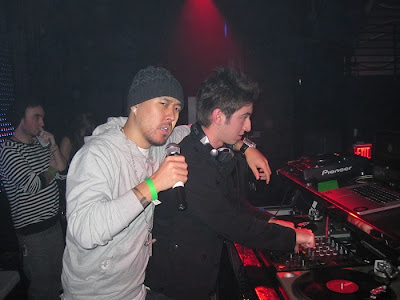 this kid said he’s remembers when I wrecked shit in clubs 8 years ago! btw, he was 13 years old then smh! I had to harass him! 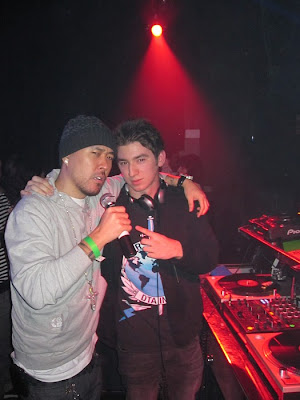 and once he gave me the mic, it was OVER! haha, patron and pineapples! man, even Stonerokk had to tweet me from the VIP ROOM WHERE YOU CAN’T EVEN HEAR THE MAIN ROOM TO GET OFF THE MIC! fuck you michael!

playhouse by 11:30pm was packed unlike karma or headliners…. 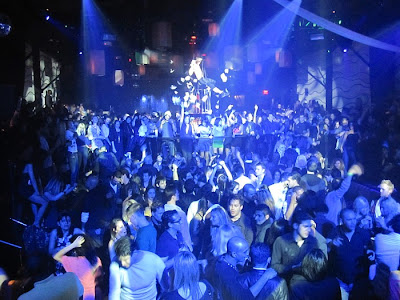 I had to break out the airhorn cuz the crowd was open!

yesterday, I chilled and got some sleep finally. woke up and watched some football while trying to help out my brother Homicide get over his newly found obsession of be@rbricks…. I understand because I’ve been there before.

so anyways, my sister and mom hit me up talkin bout “hey where do you want to go for your b-day dinner tonight?” I got this message at 12noon….. wtf? f.y.i. My mom eats dinner at 5pm to be in bed by 8:30pm at latest! FUCK! so I’m thinking she’s gonna cook for me (she’s a world renown chef) and boy was I wrong…. so she comes and picks me up, I’m in a hoody and jeans…..
we go across the street from my house to Lawry’s Prime Rib in beverly hills…. we’ve been going there now for 35 years almost. so it’s tradition for us. crazy! we don’t fux with anything new, we are all red meat lovers and we don’t look at menu’s (growing up there never was a menu) so anyways…. I got my grub on crazy. THANK YOU MOM! thank you David, Jeanne, Yumi, Scott, Leo, Brandon, Cameron, Zoey, Sydney and did I forget anyone? I didn’t even know there was everyone was going to be there! I was walking away from the table to catch the 2nd half of the game… man what a fucked up game! I love Reggie Bush because that’s my homey and a client of mine… but Brett Favre has had the illest year in football. for real for real… I don’t even like Favre, in fact, I couldn’t stand him til he became a viking and proved he was the truth! anyways….. passed out early and woke up early.

the lawry cut (I used to murk the Diamond Jim no homo) but this shit was delicious! 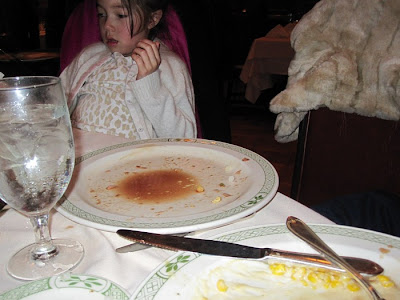 even my nieces Sydney and Zoey finished their plates!

got my cake and eat it too…. only thing is that cake tasted like apple piss with soiled pants

time is money bitches! pops wanted to trade watches…. the roley presidential vs. the dunamis hercules 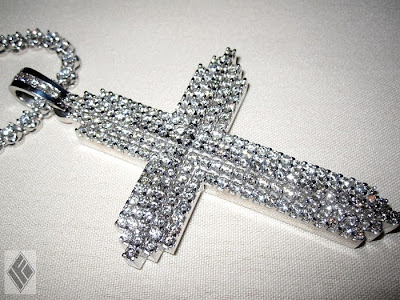 my nieces always like to check out my jewels…. even though their jewish they like shiny things…. the prong set cross… yes it’s elevated in different areas

I could always use another digi cam….. if you don’t know about leicas from way before digi’s existed please do your homework!

my twin nieces and nephews (minus brando) UNCLE BEN!

can’t wait to drop off my car to platinum right now to finish it up! got some meetings today, getting ready for my b-day dinners and parties this week and AGAIN, WE ARE CLOSED (IF & CO) UNTIL THURS MORNING!

p.s. both birthday parties will be open to the public, no private bs this year, not thinking about a guest list, just come if you want. I don’t care this year so much. I just wanna have fun with some homey’s. Thursday night will be at PLAYHOUSE! Friday Night, I’ll let you know the deal in a few days…. it’s a lil more exclusive