wow, what a past 2 days….
woke up for a meeting yesterday, dropped off some designs and then headed to the car wash to get my whip lookin right for the District 8 TK event…. and of course who do I bump into? the man of the month….. Terry Kennedy…. he was gettin his whip washed too. we chopped it up and talked about how we’re gonna kill them this year with the Supra shit and the tour this week…. I shook and headed to Platinum Motorsport for a power meeting with my brother George. We always have a monthly meeting to see where we are in business and life, etc. By the time I left there, I was amped like my name was rockford fosgate!

shook Melrose to hit the WORST LA friday traffic ever! headed on the way to the LBC for the TK event…. it took me almost 2 hours to get there. as I roll down Atlantic ave… I see a mass of kids gathered around and I’m like hold up? it’s goin down like this? so I’m hyped for my boy and I pull up and park VIP for my fam….. pop a valium to cool my nerves and scope the scene. at around 5:50pm the line was hella long! by the time it got to opening, actual opening was 6pm, but we physically opened the doors around 6:30pm and the line was already around the block and it’s a very long block! TK gets there and gets mobbed by all his fans. Terry is literally the hero of Long Beach, turned something out of nothing, from the hood to hollywood for real! 1 reason why I love this kid so much is that he holds down his entire family hard!
so anyways….. Paul Rodriguez aka P-Rod shows up to support, fly society is in the house, Supra is in the house, family is in the house…. it was a beautiful site to see. the place was jam packed!
here’s some pics: (click to enlarge them) 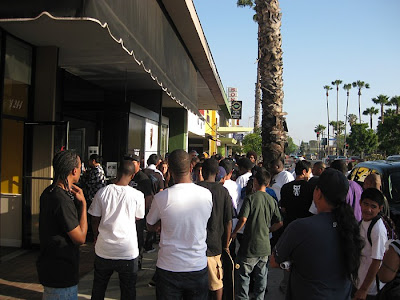 this is when I walked up, the line was unorganized and so TK’s little brother regulated and got everyone in a single file line…. 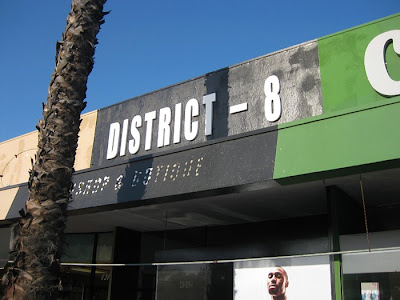 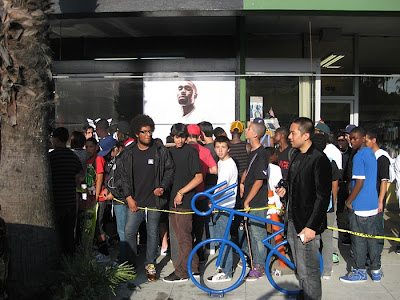 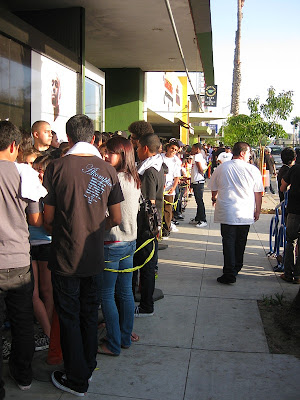 after organizing the line, it was a longggg ass line! 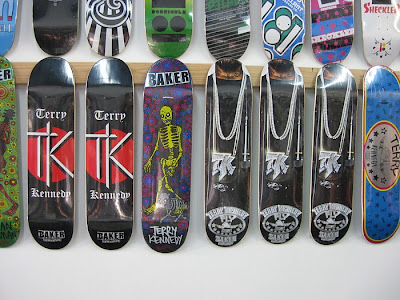 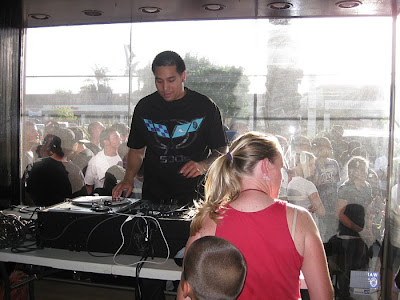 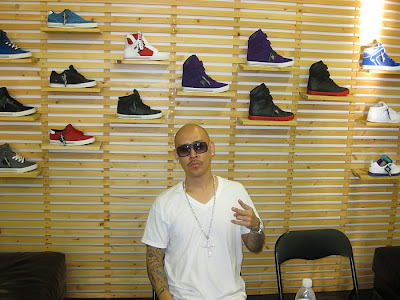 my lazy ass just sittin around tired waiting for TK to roll thru, I can be his hype man 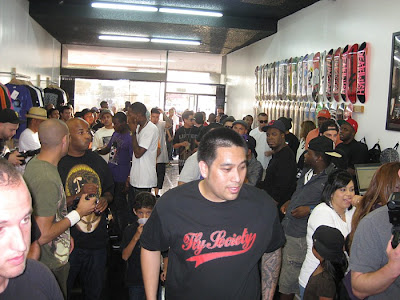 store is just about to open… only friends and fam were allowed in 20 min prior… felix stressing but keepin his cool! 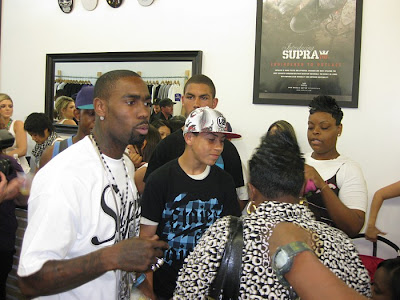 the Man, the Legend Terry Kennedy is in the building! that expression on his face is towards my jewels

I told him “sorry no soft drinks… only ice!” lol 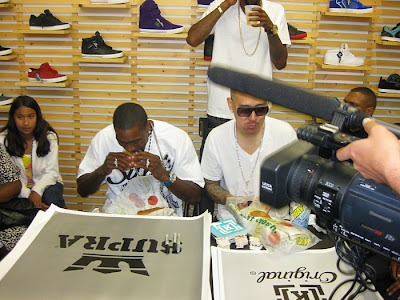 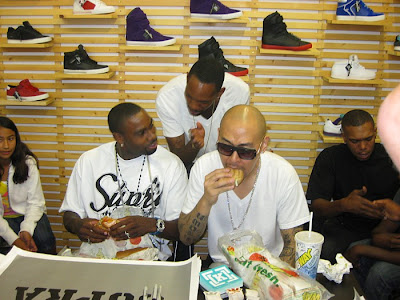 we had 5 minutes literally to get our grub on! thanks felix for the $5 subs! 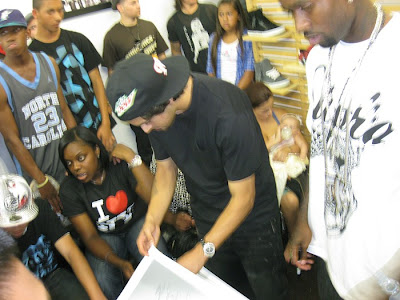 P-Rod and TK signing autographs…. they signed so many, they ran out of tee’s and posters and stickers even to sign! shit at one point I was even signing auto’s (why? I don’t know) 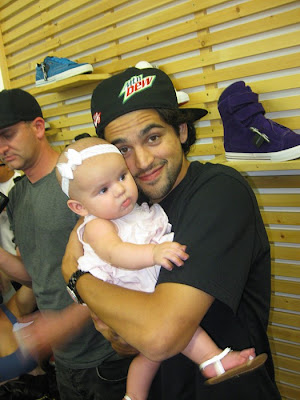 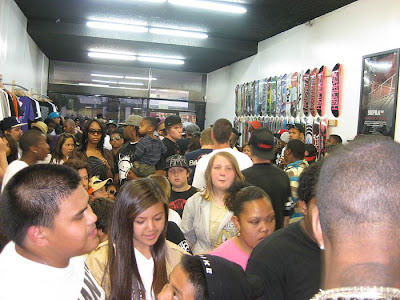 place kept getting more crowded and hot (AC was not strong enough!) 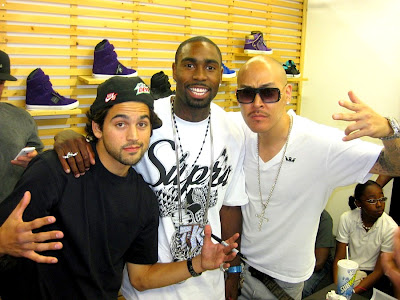 here’s a video of the line before the store was open…. it got way longer!

so the night was obviously a success! thank you TK for letting me be part of this. I’m real proud homey! so I shot off to the OC to meet up with my brother Jonas…. stayed at his pad for the night and got drunk of champagne and talked shit about life and our relationships, etc….

so I woke up early to head back to L.A. all I could think about the drive home is the funeral I had to attend and think about my GF and how much I am crazy about this girl and how short life is and so much more…. I’ll spare you guys the details….
get my black attire on and head over the pay my respect… damn Jackie… R.I.P.! can’t believe it…. I’ve known you since you were 13? just hung out with you 2x in the past month or so

so after I shoot over to meet an another old friend Alexis to catch up on things quickly and talk about life, our business venture and everything we could talk about.
I shoot over immediately to Factory 413 for TK’s day 2 of his tour event….. Factory 413 is the flagship store for Supra and KR3W apparel. This event was more of an invite chill event… the cool kids came out, from Taryn Manning, Lindsay Lohan, Benji Madden and many more…. shout out to Tal, Aaron, Josh, Schad, supra fam and of course Angel & Ashley.
a LOT of shoes were sold today… they didn’t hold up til 3pm to sell them, they started selling the shoes like hot cakes from 12noon…. it was a nice chill time and everyone had fun just kickin it, talking about everything from boxing to skating of course.
here’s some pics from today: 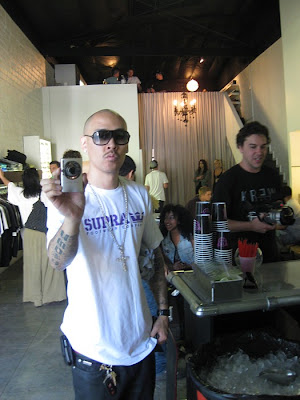 just walkin in…. might was well hit the open bar, since it’s next to me 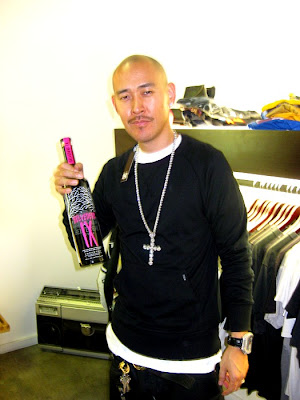 shiny ass face…. but hey I got a bottle of Belvedere IX 100 proof! one of our drink sponsors! 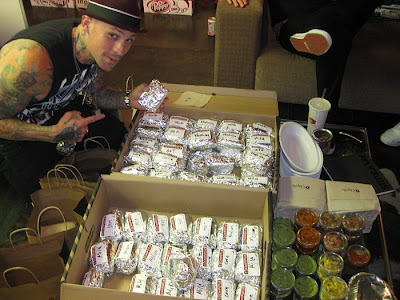 Benji jumpin in early on the Chipotle catering 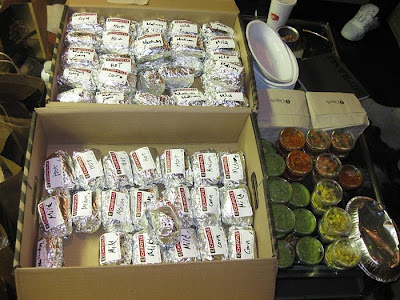 and there was definitely enough to go around! 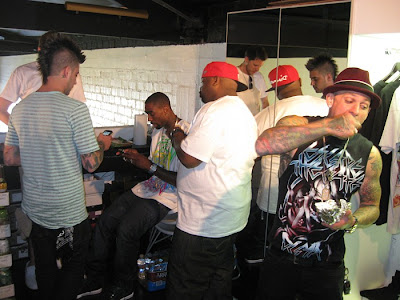 chillin upstairs gettin our max on 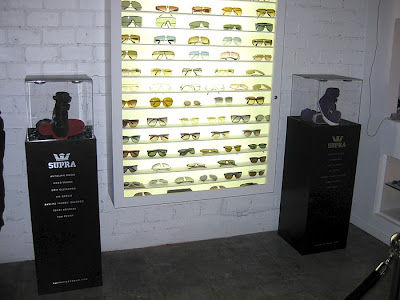 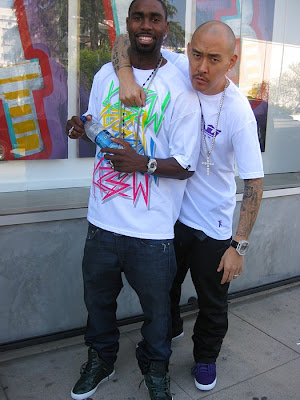 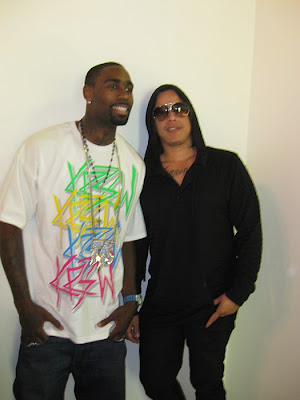 TK and Angel (the president/CEO of Supra/KR3W) 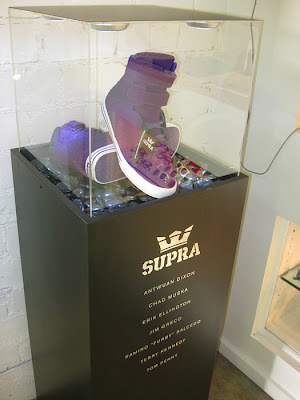 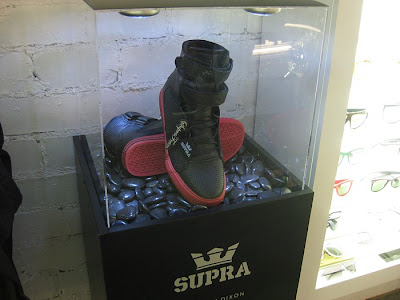 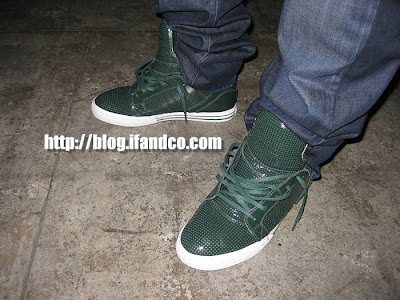 so I’m drunk, tired and can’t wait for my baby to come home…. I miss the hell out of her, but she don’t know I’m bout to be on this TK society tour this week for 5 days (oh boy! she won’t be happy) I’m so fucking juiced to hit Houston on Wed, ATL on thurs, then NYC on friday and sat…. every event will have an after party and we’re goin hard! see y’all on the road! the schedule for exact venues (sans the after parties) is listed on the TK tour flier a few posts below.

thank you! god bless!
I will NOT be making it to the TK day 3 of the tour 2moro, cuz it’s mothers day and I gotta spend some time with my Moms! and my lady!