to all my LOSTies out there! yep….. you are all waiting for that season finale huh?
WELL LATER TONIGHT YOU WILL SEE THE PREMIERE OF THE FINAL SEASON OF LOST! until then…..
do you remember the tv show inside of the tv show called ” expose’ “
I can’t give out too many clues…. but Supra Footwear has a special secret shoe releasing at 12pm pacific time at Factory 413 and there were only 50 pairs of this secret shoe made….. BUT ONLY 17 PAIRS WILL BE SOLD AND NOBODY KNOWS ABOUT THIS UNTIL RIGHT NOW!

so If I were you, I’d line up at Factory 413 in the morning to make sure to get your super limited edition pair of these Supra’s! a few pairs will be available online after the 413 store release.

REMEMBER, NOBODY HAS ANY IDEA WHAT THIS IS ABOUT, THIS IS A TRUE QUICK STRIKE RELEASE!

so here is a teaser pic 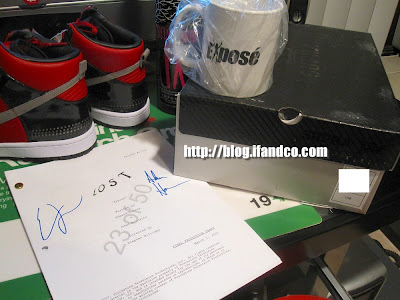 stay tuned into my blog sometime in the afternoon or check out my tweet!

good luck for those trying to buy this shoe!