so here they are…. the hit television series LOST and the hottest sneaker brand Supra collab to bring you a LOST X SUPRA Expose’ Vaider High
white with white crackled leather and gold piping!
only 50 pairs were made period for cast/crew members of LOST
and only 17 pairs are available to the public…. well technically 16 because I got mine last night

when you purchase the shoe, you get the autographed Script ” Expose’ ” by the writers of the episode and an Expose’ Coffee Mug.

(click to enlarge the pics, much larger than my usual pics) 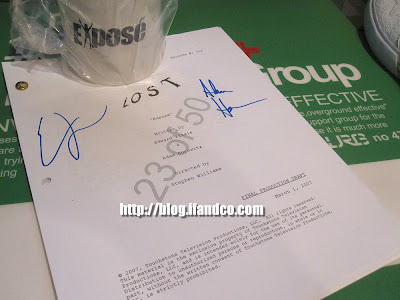 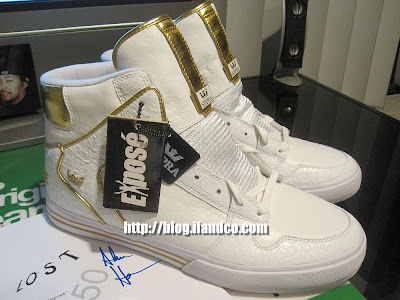 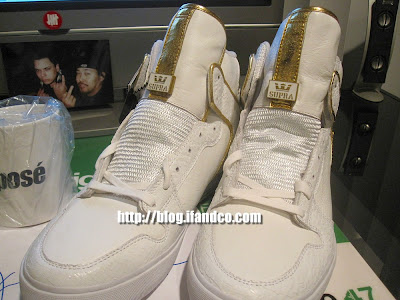 the Homey AM in the cut 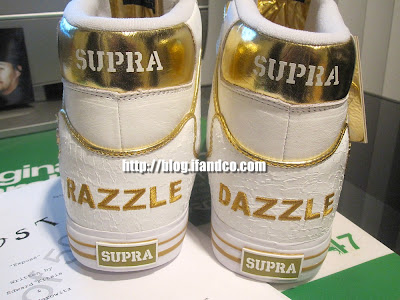 Nikki(maggie grace) and her character Corvette both use the catch phrase “Razzle Dazzle” which is a song in the musical Chicago about distracting a jury with dramatics so they won’t see the truth, and is also the title of a movie about the fiercely competitive world of children’s dance. 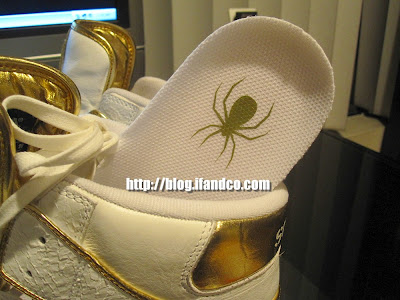 remember Nikki and Paulo were both bitten by the poisonous spiders…. hence the Spider on the insole

I personally like this episode because it had ill flashbacks… and Billy Dee Williams had cameo!

hope you guys can get a pair of these for all my LOST fans! and hope tonight’s final season premiere is dope