I woke up a couple hours ago to read a wall post and see a friend of mine has passed away. I never met him before in person, but since we are/were such a close knit fam on the message forum NIKETALK, I felt like I knew dude. I have been a member on NT since 2001 and we’ve all had thousands and thousands of convos on aim, phone and etc and each year back in the day, we would have regional niketalk summits. Anyways, his SN was BIG FAME ONE and his name was Jake and he was a die hard Seattle representative who wrote graf, loved to party(have fun, not what you think) and rep everything seattle from the seahawks to the mariners. I have visited the area and I feel ashamed for never reaching out to dude. We’ve got into arguments over stupid shit from the Lakers to Semi-Auto guns. I got a lotta love for dude and hope he’s having the time of his life now. Jake passed away yesterday by a heart attack during a diving trip, he was 32 and an OG on NIKETALK. REST IN PEACE LIL HOMEY.

Niketalk is a crazy place, it’s given birth to so many brands and people who you’d never think would be on there. So many members who were all there for the love of NIKE’s and the shoe culture which is dead as hell now since Nike ruined it. But that forum has introduced me to DJ SKEE, MIKE from ENVY EXPO, WALE, the HUNDREDS and so many more…. it started many trends before the hipster culture existed and many celebs lurk the forums still to this day. I’ve hosted numerous NT summits where we all gathered to talk about shoes, life, girls, whatever…. so the next 1 I host will be in honor of my homey BIG FAME ONE aka Jake. He repped Seattle hard for NT. 206 aka chris hold your head up homey; Muscle68, sorry for your loss too
RIP and god bless you bro 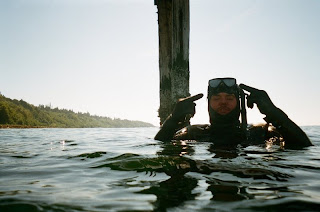