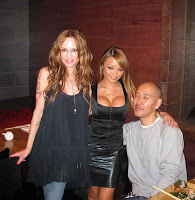 had dinner with my lil homey tonight and she said…. “Ben, don’t worry, I got your back forever, I got us!!!” She took me out for a belated bday meal @ nobu. mad love for real for you TT. the TT & BB club tour; they ain’t ready! I also sat down with an old friend Lisa Boyle who used to be a model/actress and was in all types of shit…. she was once my date for a private Dr. Dre bday party for 20 people and Dre and my aftermath fam thought I rented her. GTFOH!!! lol. Lisa I love you, don’t tripppppppp! so good seeing you girl, you look great!. Lisa now takes pictures and has shot some really dope shit. She recently shot the homey Tera Patrick and made her look good again

anyways, I had a biz meeting as well, so I got to mix business and pleasure.
Tila, you the only girl I know who was really up on SCREW and was sippin Drank 8 years ago(duh you was raised in the “H”) you are a ride or die chick for real. you crazy as hell too, love that! love you!

after that, I went home for a second, then went to link up with my boy Nick Diamond @ the L-R-G party for pro skater Rob G and it was also a benefit for the Oscar DeLa Hoya foundation. I didn’t bring a cam…. but I ran into an old friend of mine Emilio Rivera who’s been killin it lately! He was in my movie Cake and has been in tons of shit and is working on 2 films now and a tv show. he’s got a movie coming out with Mike Epps and my homey Donald Faison called “NEXT DAY AIR”. go peep it, shit looks funny! anyways, good seeing you homey.

I’m bout to watch Boondock Saints on Blu-Ray and then zzzzzzz.
peace!

p.s. my homey Roxanne Dawn, fly dj and playmate hits me up and tells me I’m on “THE DIRTY” (I think I’ve been on there 5 or 6 times) I guess it’s a website for losers who like to talk about idiots like myself. lol. the guy who runs the site actually has said good things about me which is weird…. but they pull photos of me when I was 190lbs(i’ve been 198lbs. before) smh. so lame and so late! 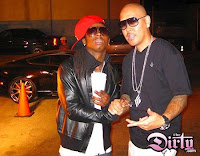 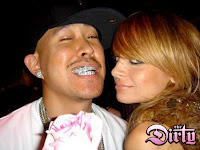