it’s been a few days…. yeh, I ate something bad and the shit put me out the game a couple days… you miss me? anyways…. I still had to make it to my big brother Mister Cartoon’s event. It was the unveiling of his new Billboard on Sunset Blvd. right on the strip and I’m fucking proud. There is nothing about me to say in this passage I’m writing (except for a comment Toons made about me. lol) because it’s my big bro’s day. I can’t tell you the countless gigantic projects he has coming up from his next shoe with Vans, Nike, new G-Shock, Graphic Novel, Film, etc etc… but this was for the new Fast & Furious movie coming out next weekend. Cartoon spray painted an original mural(14′ x 48′) onto a billboard(with the help of Revok & Toomer). the total job required over 40 hours of work, 48 cans of spray paint and used 39 colors in it’s design. I mean over 20 years ago, Toons was bombing billboards all over LA county, now he has had a few of his own… again this one is on the legendary Sunset Blvd. Strip.
Why do I show so much love? because the big homey has paved a way for me, given me too many wise words of true wisdom and led a path that only leads to greatness. What he has done for his not only his latin community but for Los Angeles, the west coast and hip hop is what makes his a living legend.
here’s some pics(click on image to enlarge)
cartoon pullin up to the event with mrs. toons
btw, thats a $125,000 ragtop 1962 SS impala with mad detail work on it, but I didn’t want to get into all that, maybe another day 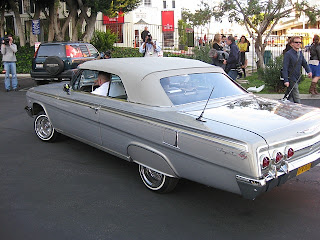 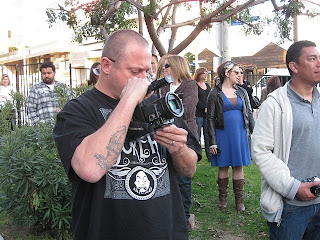 wide shot of the billboard on the corner of Sunset blvd. & Sherbourne 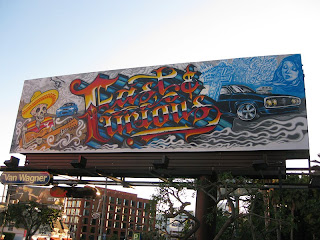 toons doin press in front of the billboard 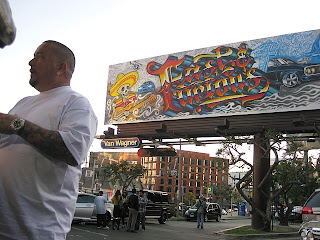 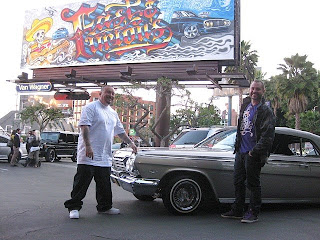 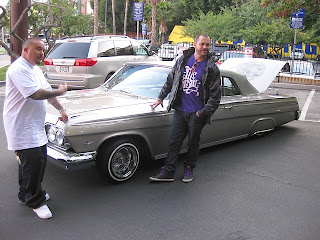 there was waaay more cameras then this 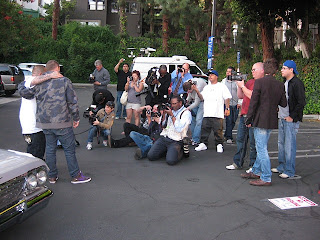 upclose shots of the billboard 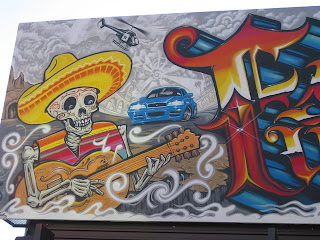 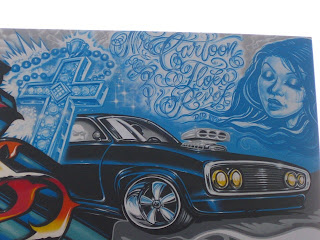 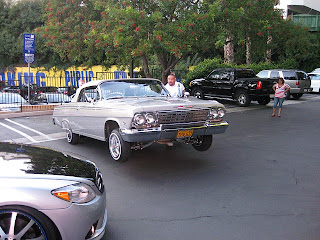 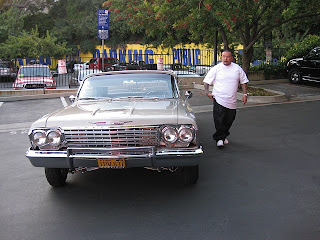 Estevan Mocking me and clowning wearing my chain, hat & sunglasses 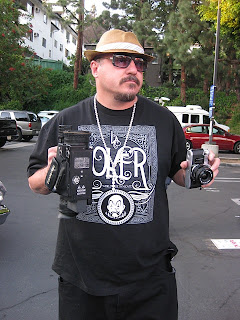 here’s a short clip of toons hoppin the 62 and at the end of the video he says “mister incognito huh?” which he always says cuz he thinks i’m being flashy, but I had on a couple diamonds. no biggie smh. lol