I shoulda posted this months and months ago…
but I remembered just now while packing for my trip to the CHI…
L-R-G has added so much shit to their Grass Roots line and they have finally made plain tees!
not the bullshit AAA or pro club steez, but more on that grown man with the James Perse steez feel. the material is fucking softer than charmin and the fit is THAT SHIT! and they released Henley long sleeve and short sleeves for late summer and fall Grass Roots line. The illest shit is that L-R-G has been makin V-Neck’s years ago and were ahead of that comeback trend, etc…. they had the henley’s a long time ago… they had a slim leg jean denim 7 years ago, etc… but this time with the henley’s they made them in so many colors including heather blue, heather red, heather purple…. shits are mandatory for my wardrobe!
thank you Jonas, thank you Jesse…
these are gone and sold out, but hopefully you can catch them in Fall 2, cuz Fall 1 has flown out the doors! 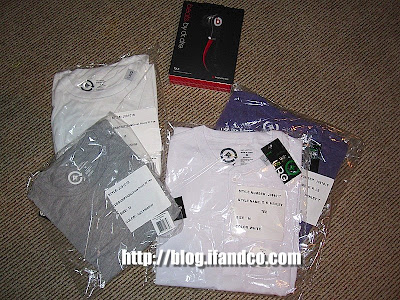 I will post up some samples and stuff up soon. Also the new G-Shock they have coming (part III, not the blue 2nd one but a new joint!)

and I can’t forget on the top of that pic was a gift from my boy Kevin Lee who is the president of Monster Cable, ever since the collab with LRG for the I-Phone cases… he’s been nothing but fam… his pops Noel is the founder of the gigantic company and they own the Monster Stadium where the 49ers play along with having the entire wires game on lock down! I ran into K Lee at the UNDFTD event and he has sent me a set of the in ear Beats by Dr. Dre… so I’ll try them out on that 1st class flight to the CHI. thanks bro! and shout out to my old Boss Andre Young, aka Dr. Dre lol…. my paychex used to say Andre Young, not Death Row or Aftermath at times…. so when all the drama happened you know where, I was still gettin my checks, not stressin like some others were!

see y’all when I get back home.
suck it easy

p.s. I’M MISSING THE X-GAMES, SO SHOUT OUT TO MY FAMILY @ TEAM SUPRA SKATING, GO FOR THE GUSTO! I’ll pop something with y’all when I return to LA!