woke up Sat morn and knew the weather was good and couldn’t just sit around… so I randomly decided to hit the coast from malibu(originally) to palos verdes(about a 80 mile drive round trip or more) and wanted to take the scenic route from jump! as I mash past westchester, I say F driving thru Maliub and instead I start the drive by hitting the coast of Playa Del Rey and see the view of Dockweiler beach.. I twit pic a shot of the beach view and we hit PCH. As we cruise down the coast, I don’t see a cloud in the sky, just the big ass blue ocean….. I hit Manhattan Beach and its crowded with beach bums & locals… good karma landed us a choice parking spot in front of the pier… then I sit down to eat @ one of my favorite low key bar/restaurants (manhattan beach brewing company, yes they microbrew their own beer!) for some calamari, fish tacos & french dip prime rib…. after grubbin, I head out to walk the pier and peep the scenery & view and also the mini aquarium, btw the beach is PACKED! we then head back and hit the corner market/liquor store to get hydrated… and then continue south down PCH through hermosa, past Redondo(damn the korean crab spot @ the pier!) and approach Palos Verdes…. I have not done this ride in a long time… maybe 5 years or so with my Cocky Ridaz fam. And now I get lost in the beautiful view of the peninsula and ease through a long scenic drive.

I then say out loud, “you know it’s been almost 30 years since i’ve been to the korean fellowship bell”(actually called the korean bell of friendship) and the last time I was there was with my entire family all together before the split/divorce…. so I pull over as we enter San Pedro and google it on my phone…. find the address and realize we are only 3 miles away and tell myself, I have to go, it’s my culture, it’s my heritage and it means a lot to me. So I proceed to the bell….. we get there and it’s just beautiful. I mean, I can’t even be bias and say it’s just beautiful because it’s about my people(koreans), it’s just a beautiful area and couldn’t be located in a better location! I think it’s called the Korean-American Peace Park…. so we park and I start to get a little emotional as I think about this summer which will be my 1st trip to the motherland! to break down a little history about the Bell/Park:
The bell was presented by the republic of Korea to the American people to celebrate the bicentennial of the United States, to honor American veterans of the Korea War, and to symbolize friendship between the two nations. The bell is struck four times a year: on new years eve, independence days of USA(4th of July) and South Korea(August 15th) and every September in celebration of Constitution Week. It was also rung on Sept. 11th, 2002 to commemorate the first anniversary of the 9/11 terrorist attacks. The bell does not have a clapper; instead, it is sounded by striking it with a large wooden log. The pavilion which houses the bell was built by Korean craftsmen over a period of ten months. Its design is traditional. It’s symmetric, consisting of a peaked, gabled roof supported by twelve columns representing the Chinese Zodiac, each column guarded by a carved animal.

We hung out there for about an hour to just marinate in some korean history and enjoy the view of San Pedro, etc….. I appreciate anyone who would take the time out to learn about my culture and history…. when you break me down to the brake pads, take away the chains/cars, you’ll see depth and culture. Was a beautiful day, woulda stayed longer or went and got some wine then came back and chilled, but the wind was strong…. so I headed to toast for some red velvet cupcakes… and iced tea

enough blabbing, some pics……..
(click on images to enlarge)
cruisin down PCH…. 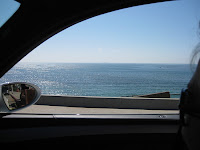 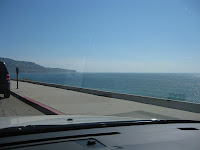 shot of the peninsula(palos verdes) 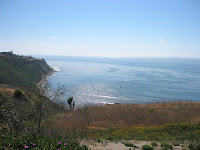 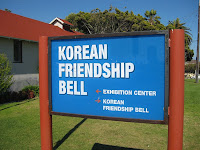 this the museum part of the KBF 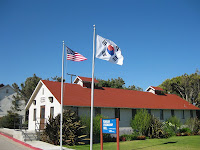 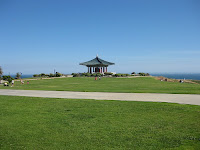 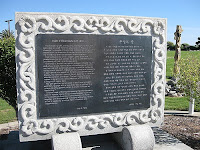 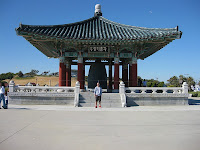 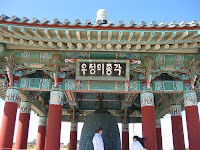 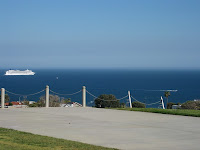 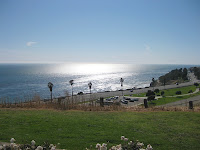 they have a full court basketball court there and this court has been shot for many commercials including a background broll scene in spike lee’s “HE GOT GAME”. I’d love to run a few games there during the summer if anyone’s down! I mean the view from the court is breathtaking and I couldn’t imagine anyplace else on earth I’d want to run a game besides the forum or staples center 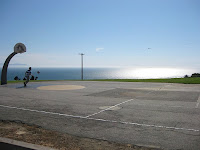 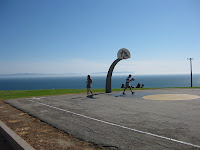 this is whats up! USA/KOREA 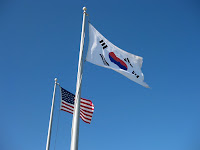 p.s. I made the entire 24 about korea…. so I had to head down to the best korean bbq spot in the west coast if not the entire USA. ate an official meal and went into a food coma and scratched goin to see any movies @ the grove and instead kept it K with the days theme and watched one of my favorite movies CHINGU (friend)