You know never know what to expect in L.A. on a saturday…
I woke up, dusted myself off and chill at home watching the NFL draft to only witness Al Davis make the stupidest fucking mistake ever. how do you not pick crabtree? oh well, don’t wanna talk about it.
my boy Cameron calls me up and says Dr. Phil’s son wants to get some watches and something for Dr. Phil’s wife…. so I’m like ok since Cam’s word has always been golden and since I’ve lived here forever and dealt with everyone from Tom Cruise to Michael Jackson; why not Dr. Phil???
I collect some samples of some g-shocks, etc… I later find out except when Dr. Phil’s shooting, he always wears a black on black g-shock…. so I shoot up to the hollywood hills to meet up with the McGraws and his son Jordan is a cool motherfucker. like polar bear cool for real. I like kids styles and everything. not over the top, not trying too hard, just muted even though he is a fiend for LV and etc… but his family is mad cool so I felt right at home. I sit down on the couch and they proceed to offer me water and hi-chews…. (who the fuck besides myself knows what hi-chews are? when I was in tokyo, thats all I’d chew on while waiting for and on the train) and now this isn’t just any water… but he had a fridge stocked with SEI Water because mrs. mcgraw likes it. So to the point…. I closed a nice deal for 2 g-shocks…. 1 yellow gold with canary yellow diamonds with a border of white diamond casio g-shock 6900 classic for Jordan McGraw and an all white band Rose gold with all white diamond g-shock 6900 classic for Mrs. Dr. Phil….. It was a definitely a highlight for the month for me and the fact everyone was so chill at the house was even cooler. So his son Jordan has some cool things in his house, so I asked if I could shoot some shit for my blog and he was really chill about it.
first up, he had a Louis Vuitton Poker set which was out of control. I have never seen 1 in any store from LA to LV to NYC…. so I took pics, shit had even french characters for the royal cards in the deck…. gold big blind chip and gold dealer marker. chips were SICK! and it was just silly… coolest thing bout it? he actually uses it to play cards. 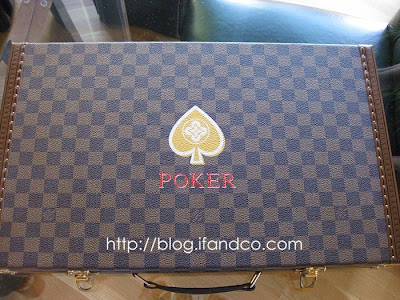 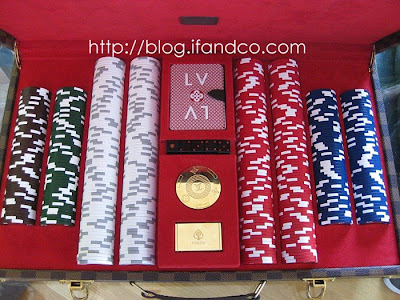 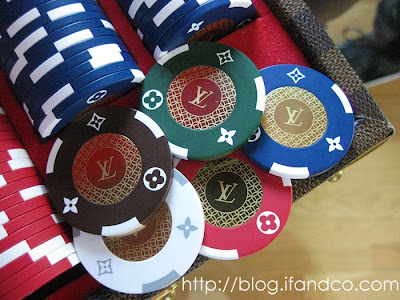 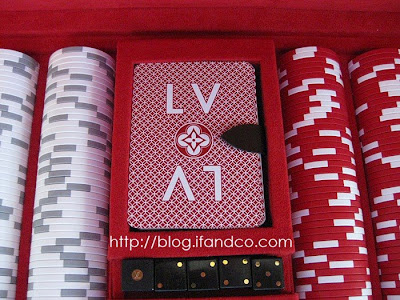 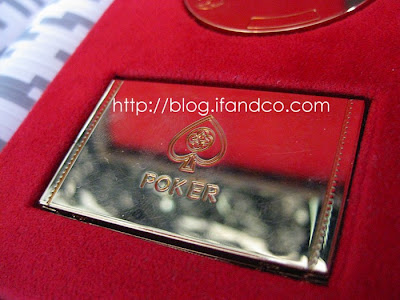 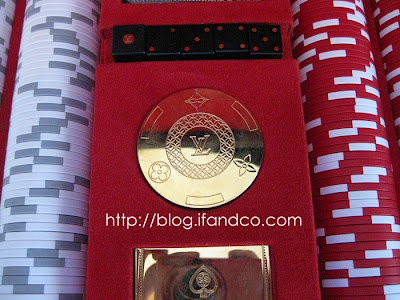 next up, he had 1 of 3 huge LV trunk/chests from the Stephen Sprouse Grafitti collection (they made 1 of each colorway, this one was supposed to be displayed in 1 of the LV flagship stores, no joke) 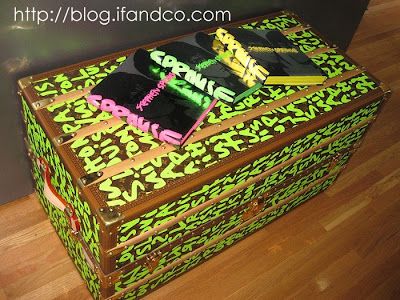 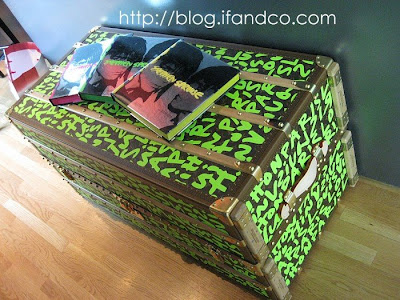 now, he also had a few be@rbricks lying around, so I was impressed… but really the amount of art from original paintings to super fresh lithographs to just many crazy photographs in the house, I didn’t want to look retarded just flicking away…. so I figured I should take a pic of a few things…. but damn these lamps were illmatic to the fullest extent! Gold plated M-16 Lamps from DIVA on Beverly Blvd….. each one will run you around $6,000 or so. so gangster 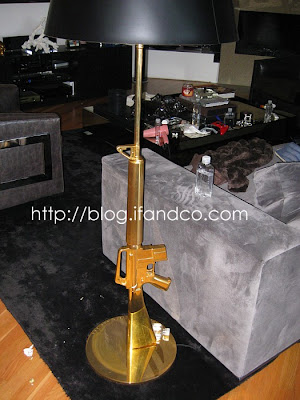 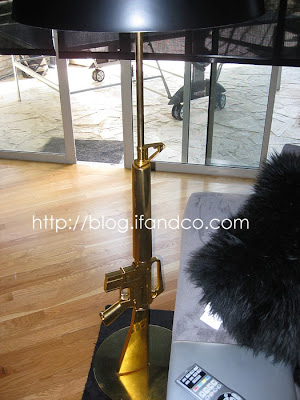 so anyways… Dr. Phil has a nice collection of cars, EVERY SINGLE ONE IS BLACK! from classic american to luxury to exotics… they are taking delivery next week of the new Camaro just like the one in transformers (yellow on black) and its the 5th production # vin Camaro…. I’ll post pics of that beast when I see it when I deliver the finished watch for Mrs. Dr. Phil…
so I thought I’d share this random experience which just falls into the day in the life of BB….
the rest of the day was nice and easy.