weekend didn’t really have much to talk about. I actually got some decent sleep and after a 4 month leave of absence, I used ambien….. so anyways.
Friday, I got some champagne and rainier cherries…. took a few of those to the head and then decided to eat something totally different and hit the redondo beach pier. 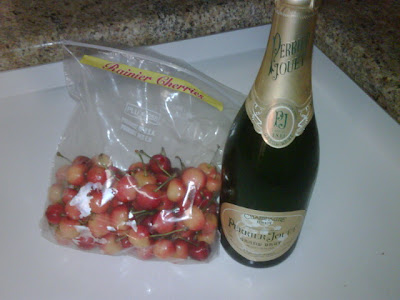 I originally wanted to hit the OG korean spot up, BUT there was a 90 person wait (there usually is, it’s the best crab house in all of LA literally)….. so went 3 minutes on the opposite side of the pier and went to Joe’s Crab Shack. Honestly, I wasn’t hesitant at first, but my date wanted to eat there and said the crab is actually very good, then fuck it….. so we get there and it’s packed as well, 40 minute wait….. so I walk to the bar and see that the patio seating is dead, ask a waiter if we can sit down and eat there and we did just that…. I got the crawfish, she got a bucket of dungness crab…..we chowed down hardbody…. by the time we ordered the bananas foster, the lady was calling our name to sit down…. anyways, paid for the bill and headed down pch. 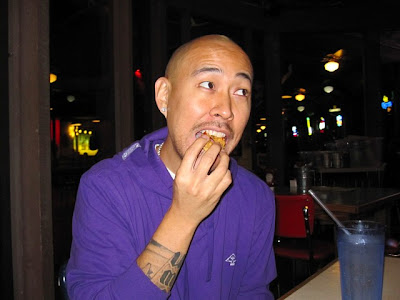 next day, headed to the grove and beverly center to do some shopping lightweight…. later that nightI headed out to chill with some homey’s, had a good convo with my homey Tila and I didn’t goto bed til 7am! smh.
Sunday was the obvious chill day, so I obviously slept in…. then I got some mario’s peruvian food which shits on everything in LA(just shut the fuck up, I’ve been to 13 different peruvian spots that say they’re just as good or better, shits not even a close 2nd) and ate until food coma again…. watched my lake show beat the magic and it ended up being a great day! took a nap, then woke up and headed out to go see THE HANGOVER. I rarely get to see movies @ the arclight anymore, but I’M SO FUCKING SICK OF WAITING IN LINES AT THE GROVE TO GET IN THE LEATHER BALCONY SEATS, that it was a blessing in disguise… went there and watched to see what the hype was all about….. ran into my fam! Matt Marciano, Luke, Dave and Crystal Audigier…. got our snacks and honestly….. shit had it’s moments, definitely got a chuckle or 2, but I definitely didn’t break out into hysterics like Borat or Jack Ass or even Wedding Crashers….. I guess I just miss the OG comedies from the 80’s like Beverly Hills Cop, Midnight Run(1 of my favorite movies of all time) and shit like that…. the Hangover was executed well, but mad forced. especially the little penis sized asian dude(yes homo) shit was just aite…. Mike Epps didn’t even need to be in the film. it was typical vegas and Mike Tyson was very decent, but the movie was hella overrated! I had to take a pic with the illest whip I’ve ever seen in my life in a parking lot. man, shit was tooooo gangster. I might paint my next whip this color! 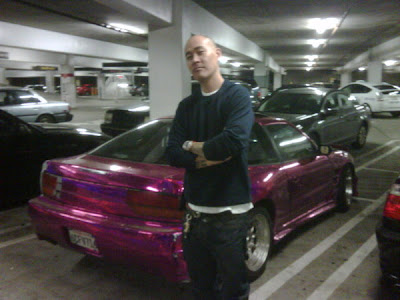