another fucking amazing day…. the toxins are almost all gone from me and negative people are fading away….

so I headed to my event (shout out to activision, soul assassins studios, marcos, and xbox) in downtown L.A. in a fucking amazing penthouse, I mean a for real penthouse, wow!
let’s start off by saying, Arissa from the real world las vegas was 1 of our bartenders!
the pad was crazy… the party was in honor of the revolutionary new game DJ HERO which is fucking fun as hell to play! the game means so much more to me than the average person because it has my long time friend DJ AM in the game, along with the homey’s grandmaster flash and DJ Jazzy Jeff….

anyways, the ambiance was real smooth and chill all night long, not some rager crazy party, just the perfect amount in attendance and a mix of great people from tastemakers to clothing brand owners, store owners, artists, rappers, executives, musicians, lawyers and of course celebs…. shout out to my A List line up of baddest/finest women I know in L.A. (kim lee, tila tequila, sarah stage, jessica burciaga, brittany dailey, vida guerrra, nilanti, natasha and damn, I can’t even remember, but there were so many!) Rob Kardashian and Joe Hahn get the gas face!

I appreciate all the OG’s who rolled through from DJ MUGGS to my co host, Mister Cartoon, to DJ Homicide, Everlast to DJ Eric V aka Baka Boys….. down to my homey Slick.

the event had the perfect mix of complimentary catering and all drinks/liquor was free and poured all night long….

the upstairs had a 360 view of downtown la’s skyline along with a huge jacuzzi…. there was plenty of plush sitting space and there were a ton of flat screens to play the DJ Hero game…
I can’t say much more outside of everyone got treated like vip’s and a lot of people got the giftbag which contained the game and dj control system for the game….

I appreciate my homey Tila coming out solo just to support her man. I got a special call from my lady friend last night and even though I was running all over the place to be a good host, I took the call…. Like I said babe, you made my night last night… 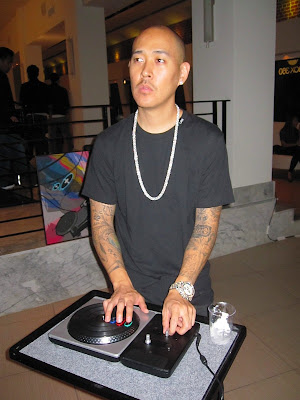 I was trynna get it in early… past grand master flash level tryin to reach AM’s level, but shit was too difficult 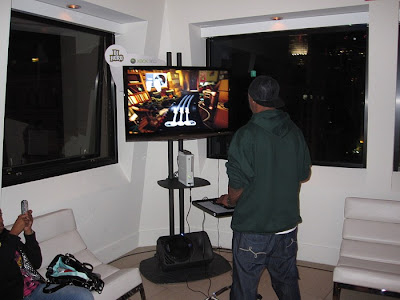 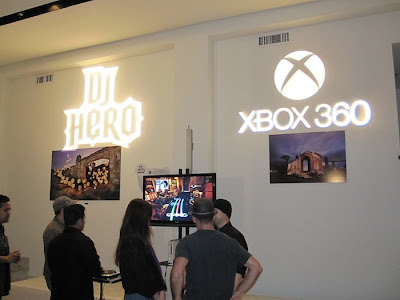 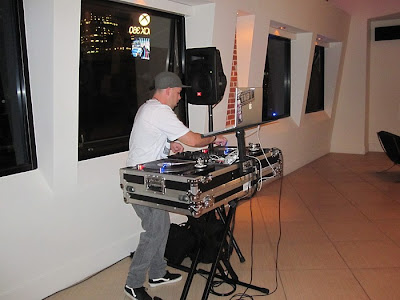 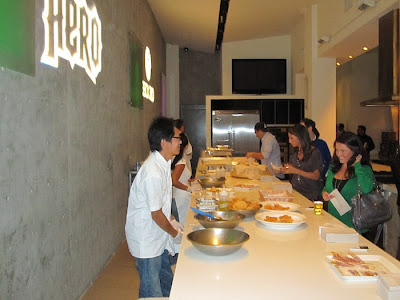 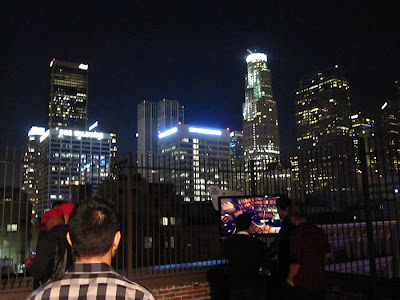 one of the views from the rooftop! the weather was perfect 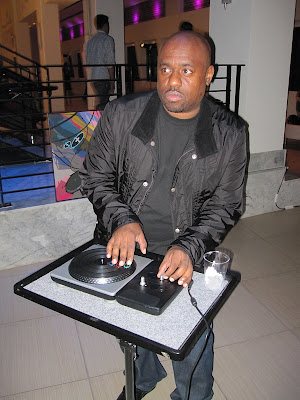 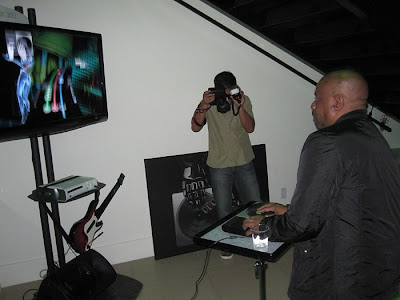 Homicide got good at this shit early! fyi, he is one of the best dj’s that ever walked the earth 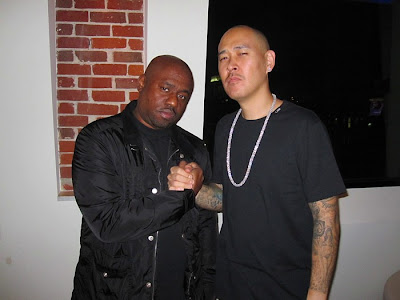 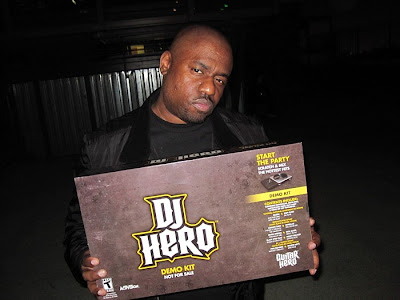 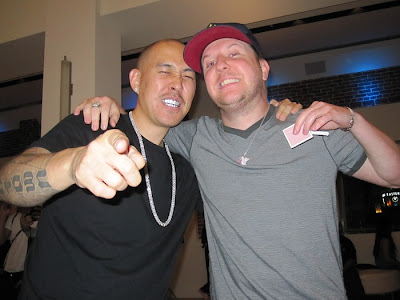 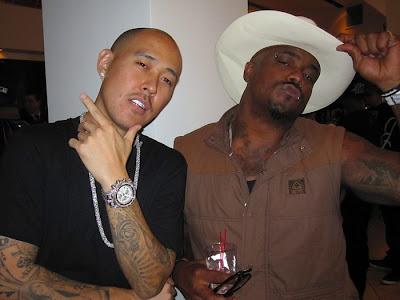 21 years of friendship…. me and Lucky I am (living legends) 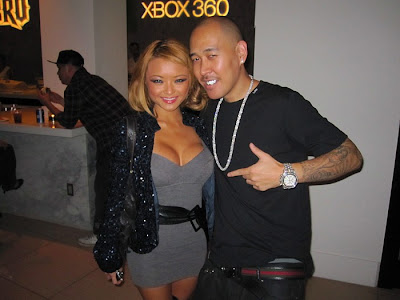 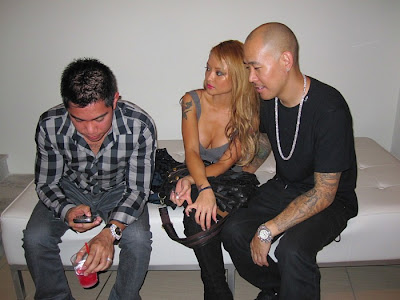 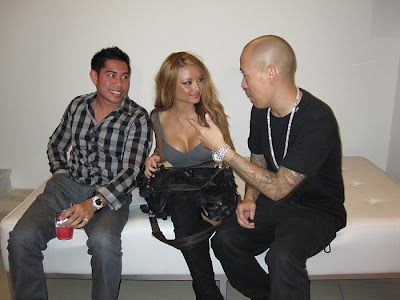 lounging with Tila and my lil homey Franchise… 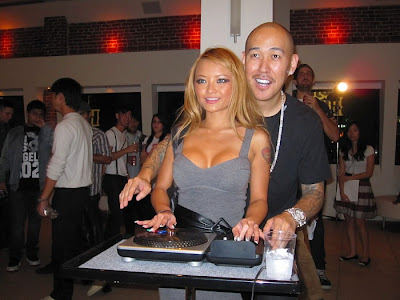 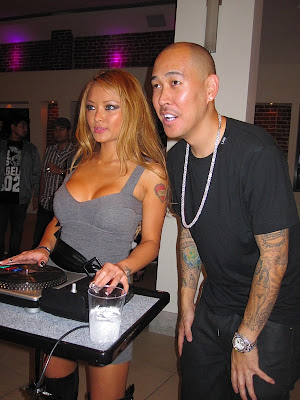 me and Tila started to try to get our scratch and mix on! 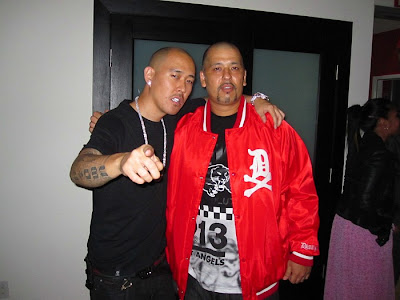 me and the OG Legend himself Slick 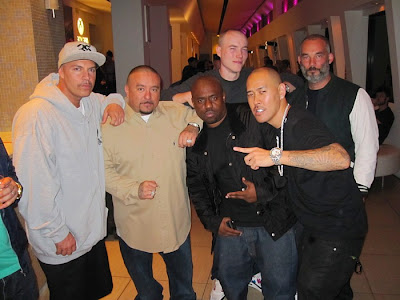 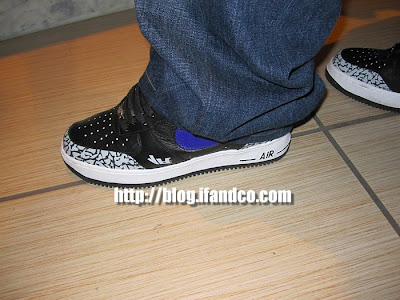 I would never post some nike’s, but I gave these to mister cartoon 7 years ago when I was running Methamphibian and these shits was hittin for like $1,500 then! can’t believe Cartoon broke these out! 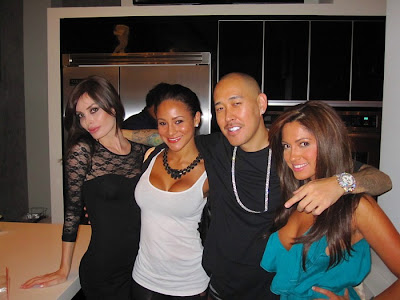 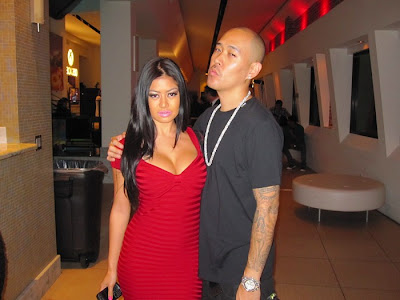 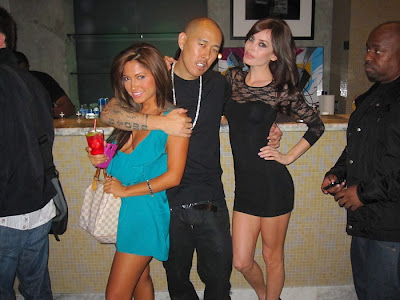 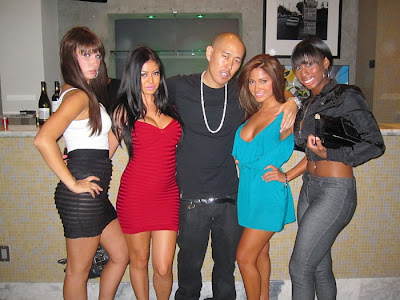 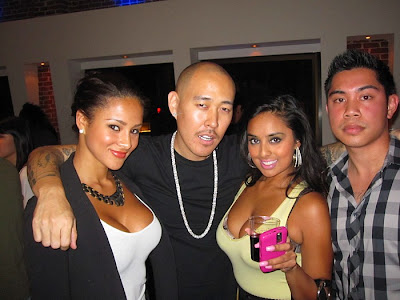 BD! me and Nilanti and Cat Dicc Jr.

another amazing event, thank you to everyone who showed up…. big shout out to my Fly Society Fam who came through…. and thank you DJ SKEE old buddy for djing as well! I can’t wait to have another one.