while I wait in the morning for some big news….
today and tonight was pretty mellow… I may head out to go see Youth In Revolt… but hmmm.

thanks to my homey Spencer Soo who plays on the UCLA Basketball Team, I’m gonna check out the Bruins battle it out against cross town rivals USC this Saturday!

anyways… dropped off a watch to my homey/client today and realized his office is so fucking sick, for the same price of $$$ we pay at the slauson, we could be overlookin some ridiculous shit!
it was a beautiful 74 degrees in LA today… 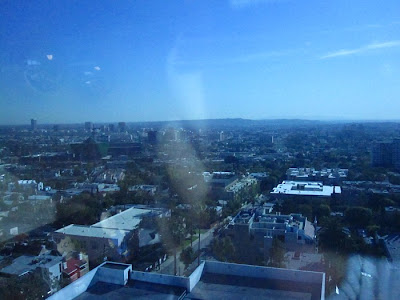 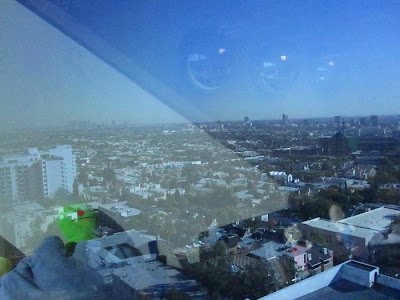 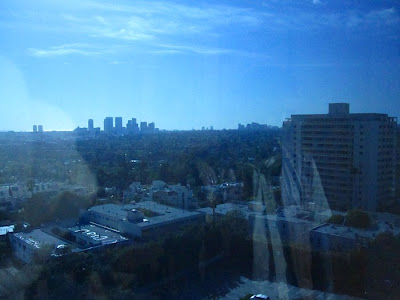 after I walked out of that meeting…. I ran into my OG best friend Nic Adler…. we gotta get that big time meet up between the homiez soon! this pic is crazy! thank you Mike for the memories! wow!

vegas circa, 1994 in caesars palace… to the left of me is an old friend Eric Nies who was 1 of the 1st stars of the very 1st Real World lol….. mannnnnnn his dad was a very very famous controversial NBA ref Jack Nies….

so anyways, when I left there, after seeing my boy Nic on the street, I felt like something different, so I hit up my homegirl Tila’s spot Pho-Bulous to get my favorite sammich… BANH MI!

I actually ordered 2 of these bitches! 1 pork, 1 beef…. my friend got the chicken.

ran thru some emails to catch up on some more work and still trying to find a big enough box to ship out my M5 exhaust which is already sold…. cmon George Sinatra! holla!
and btw, ordered my M-Sport front bumper kit, so I’m hyped!

anyways, just got home from an early dinner and what a delicious dinner it was!
if you guys haven’t been to the London Hotel in West Hollywood and checked out Gordon Ramsay’s restaurant, you need to, shit is delicious!
started out with some amazing appetizers (btw lunch and breakfast is crack too! get some fish taco appetizers!) for my main entree’ though, I had the Osso Buco(Lamb) with the mushroom risotto and my god, it was rich and tasty!

I don’t drink much really…. I really stick to champagne and it needs to be a special occasion, but chilled shots of Don Julio silver and Squirt sounded right on right on…

anyways…. I’m starting to get real bored… trying to figure out my birthday party and honestly? I don’t give a shit… there’s a new 5 star korean restaurant opening that will pretty much shit on chosan and dong il jang K-BBQ wise and it’s invite only for now til the real opening…. so I’m thinking of that and then some karaoke with close friends and keeping it real light. Last year I was foolish, we were foolish, I think I was a damn fool pretty much for the year. but at least I wasn’t a dead beat, I took care of my responsibilities and didn’t try to pull the most ghetto shiesty moves to gain a few dollars and kill a baby, smh…..ANYWAYS!

I’m getting really bored, but I have so much work to do! (sigh)

thanks to a guy named Ronnie K, he took a pic of our Diamond G-Shock display inside one of our accounts in London right on New Bond street(jiggy shit)

I know I’m getting older or old because I’m really losing my patience or my tolerance for bullshit is just getting thinner and thinner. I swear. I stay at home much much more. I mean, even checks don’t get me out of the house as fast anymore. I can’t stand crowds… I can’t stand traffic, yet the weather is good, so….. I don’t know. I’m not looking for a girlfriend and I’m not that interested in dating too much, also nothing really excites me anymore. Well, the be@rbricks do a lil bit I guess. I’m figuring out what I’m gonna do with my finally open 2nd bedroom. what a relief! THANK GOD THAT TRIFFLING DUMB ASS PATHETIC EXCUSE FOR A FEMALE’S SHIT AND ENTIRE SHITTY LIFE’S BELONGINGS ARE OUT OF MY HOUSE! SMH! you are so tired and predictable and dumb! NOBODY BELIEVES YOU! it’s like me calling the police to say the Terminator came over and smashed my house in pieces and did lines of coke off my be@rs, but I don’t have any evidence. you’re just wasting time with the smoke & mirrors game, especially since you’re horrible at it just like everything else in life. go pray you find a rich sugar daddy who can deal with your nightmare. I can’t wait til this extra shit is done. Don’t risk perjuring yourself either. You aren’t built for the real world.

oh and I can’t even tell you how fucked up I feel about Teddy Pendergrass passing… shit’s crazy! I named my dog after him… my dog’s real name is Teddy P…. smh…. and I can’t tell you how shitty the feeling I have everytime I hear more and more bad news about Haiti. as morbid as it is, I sometimes wish a gigantic catastrophe happened here in Los Angeles, to wake up some of these people up. I don’t worship my possessions, I’m thankful for them, but all of it is replaceable with the exception of some old family photo’s of my parents when they were together or my friends and grandparents/family who passed…. but nobody can take away the memories that will forever stay in my mind…… and just because I post pictures of fresh shit doesn’t mean in any single way that that shit defines me as a person. I could give a fuck less about most of the material things. I wear a white or black tee everyday with some jeans and my supra’s and I’m good. I can go to target and find myself an outfit, real talk. I’ll always work hard, but I live a lot simpler these days, sounds contradicting because I have crazy jewelry(that’s my livelihood! I love what I do for a living) and because I drive a nice car? I could also take public transit at this point or downgrade to a hybrid. I like my car a lot, but I’m not too attached to that much in my life really except my friendships and family. And sometimes people forget, everything I’ve got in my life has not happened by accident. this shit is almost 2 decades in the making! I’ve worked hard for what I have, it’s not much to some, but a fortune to most. I’m proud of my accomplishments, but I also got a ways to go. we’ll see how the story unfolds… I’m content though. shit I need a vacation!

god bless y’all….. tomorrow is friday, but I got a job and my name ain’t Craig. lol