so this year I really didn’t hit the parties up, I guess the wedding planning and remodeling of our store and so much other shit has taken over…. but friday night, I hit up my man Loso who was staying across the street from my house and I hit up the DEF JAM party with him the Street Fam crew. I get to the hotel to bump into my homey and client Adrienne Bailon… she’s randomly by total coincidence hits me to tell me she needs 3 more earrings because she lost the button backs on 1 of them and she wants some backups just in case… so I run into the lobby to meet up with Fab and I see her haha….. anyways, I got you Adrienne!
so we head off to the Def Jam party @ Avalon convoy deep, 2 escalade ESV’s & a bentley…. driving up La Cienega not even barely a mile away from the telly, we get rear ended by some dumb ass girl! Fab’s already late for the performance….. cats is stressing and the police show up…… this girl tells the cops… “sorry but I think I’ve had too many to drink tonite?” WTF????? had that been me or fabolous, we’d be in cuffs and on our way to jail, end of story…. the punk ass bitch ass police were actually nice to her, catering to her needs, etc… asking her ?’s all gentley wtf???? I mean SHE IS THE ONE WHO RAN INTO US AND CAUSED THOUSANDS OF DOLLARS OF DAMAGE! anyways….. I took a twit pic of us pulled over here
(felt like a racist act to me, just MY OPINION… yes she was a white girl)
so we leave 1 of the drivers to stay there and get her info and head off to the show…. we get there, hit the red carpet, I see my man DJ Skee in the building and we hit backstage…. as we’re back there, the reps from Cuervo Tequilla are there to show Fab a limited edtion 1800 tequilla they made for him and his new album releaes for “Loso’s Way”…. shit was type fresh!
anyways, Fab gets on stage and does his thing with my OG homey DJ45…. he did like a 30 min set and then we jetted back to the telly for an after party jump off in the hills. 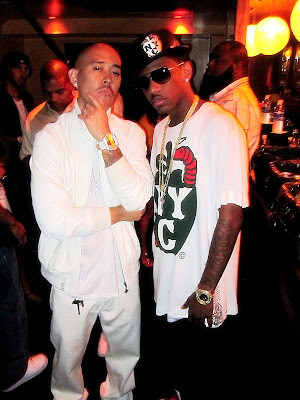 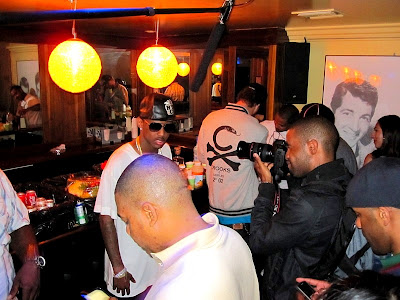 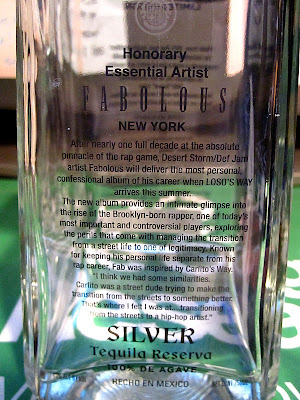 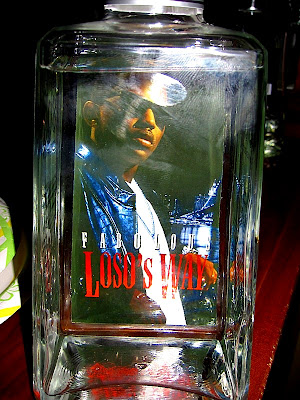 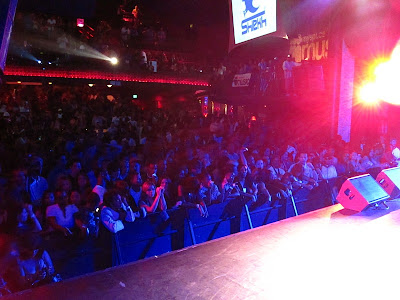 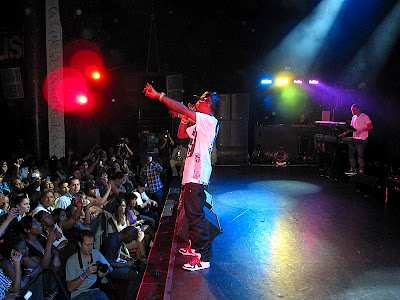 shout out to the whole fam who showed love and I rolled out with: Shaggy Brown, Kayla Collins, FSAS Kaitlin, DJ Clue, Cain, Killa Kev, Chayo, D-Crooks
I shook to the pad to add to what I drank this whole week: 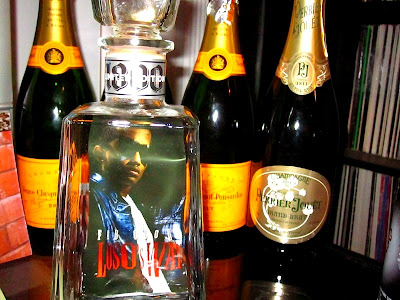 the next morn, Fab had a 7am call time for his new video feat. Ryan Leslie & Amerie… but I got hit with an emergency at around 5am, so I got stuck dealing with that until 3pm which made it too late to make it to the video for a cameo and to help him out with some jewels….. rest of the weekend, I really laid up and relaxed. I sold/made some new watches and got some CRAZY pieces coming soon… I’ll post pics in min of all of them. meanwhile my man Ahmad copped this crazy military edition quadruple black g-shock 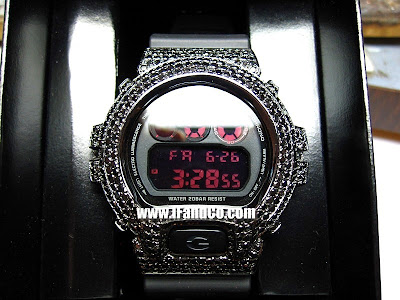 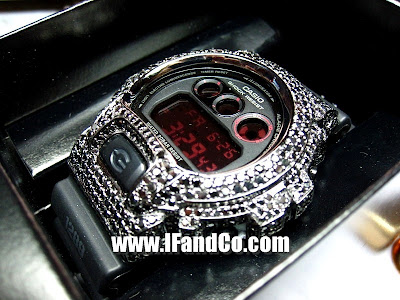 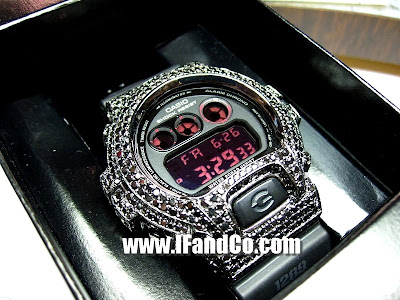 of course we tattoo’d the back

because we have just too many imitators running around claiming they doin this shit like we do…. NNNOOTTTTTTTTTT! 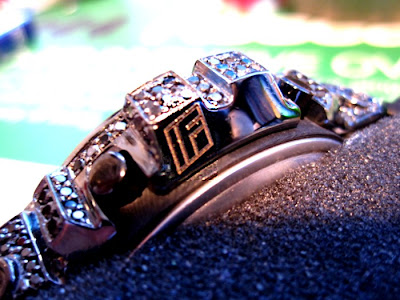 peace and god bless…. it’s monday, go get that money!