so earlier today I got a few texts from close friends who’s judgment I trust when it comes to movies and honestly after all the hyped up commercials, it’s hard for me to like something, let alone LOVE something film wise… last film I CLEARLY WITHOUT A DOUBT REMEMBER that I loved had to be “The Departed” (there’s a funny story involved in that as well, remember @francisRM?) and since then, I’m sure there have been some entertaining films, but it’s been a while.

NOW. this shit right herre? THIS SHIT AVATAR? wow.
WOW!
WOW!
WOW!
James Cameron is the king again…. he made everything and anything Michael Bay did film wise look like a video made off a flip cam with Avatar. I mean I wasn’t a huge fan of James outside the Terminator films and a few other things… when he changed the game a lil, cats caught up…. BUT NOBODY HAD THE VISION THAT GEORGE LUCAS HAD WHEN HE MADE STAR WARS…. UNTIL NOW! that’s how game changing and epic this film is. I was young, but old enough to remember how ill Star Wars(yes I saw it in the theaters) and Empire Strikes Back was when they came out and the story/plot etc, etc… well this shit had it all. someone said it took 14 years for Cameron to make this film? I dunno… but the CGI was so ill, the movie is undeniable! YOU HAVE TO SEE IT IN IMAX THOUGH, AT THE LEAST IN A LEGIT THEATER IN 3-D. James Cameron made this film with a new special 3-D camera that has never been used. SHIT I FUCKING KEPT THE 3-D GLASSES! 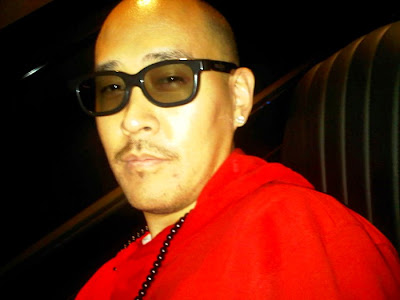 shit was so ill, that when we left the theater, looking at life through a super clean glass window couldn’t fade the graphics of this movie. Just walking outside of any ill view from anywhere couldn’t touch this. Avatar was better than anything I’ve seen graphics wise ever. Fuck pirates or harry potter or lord of the bings whatever…. this shit right here is ridic! Action is crazy, I mean this shit was iller than watching Willy Wonka and the Chocolate Factory 20 years ago on acid or schrooms… it’s unexplainable, you just gotta see it.
I don’t want to speak on the film too much story wise, but it’s basically a specialized army that hired to find these precious rocks that are worth 20 million dollars per kilo and they are all lying underneath the village/jungle where these aliens(the na’vi) who have their own language and culture and live in on a planet called Pandora. Obviously this army is trying to bully the aliens off their territory so they can get their precious rocks, etc etc…. Everything on pandora is enhanced and bigger and crazier. just all the way wild as fuck, the animals on this planet? NEXT LEVELS! the jungle looks like it’s under black lights and fluorescent as the illest aquarium ever except above water! Again, the story was good, the film was realistic looking, so damn crazy. not like wolverine or other cgi heavy films even though this movie had dumb cgi, the characters looked like good outfits/costumes, not super cpu generated…. it’s almost 3 hours long and it felt like half that!

NOTHING LIVES UP TO THE HYPE THESE DAYS. well Avatar does! shit…. it’s like if Mayweather just dances and outfights pacquiao for about 6 rounds landing beautiful jabs and punches…. then in the 7th knocks ole manny into the ringside seats. Mad Shit Talking and backed up every word.

James Cameron has to be a heavy weed smoker, because this film could only have been made by a productive/creative stoner! smh shit was beautiful man

I wish every nice theater like the arclight or landmark cinemas had reserved/assigned seating…. and to keep it extra gangsta, you buy 2 extra seats so that nobody sits next to you. you don’t have to wait in lines, no arguing over who’s seat you’re in. or rushing to find a seat. bang you’re good!

and earlier today, I was at my boy’s crib who is the true Louis Vuitton Don, he makes Kanye look like me which is real bad. 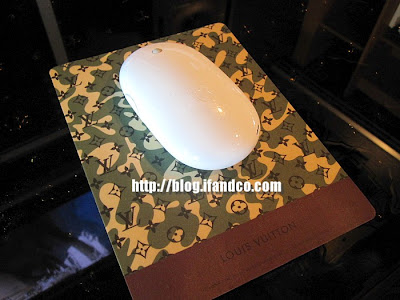 this ain’t even shit compared to the real illy shit he got(remember the LV poker set? the stephen sprouse 1 of 3 trunk? stephen sprouse skateboard? he got so much shit it’s crazy) but this is something I’ll fux with.
Jordan you need to see a physician soon, not your pops either, you may be sick. lol

he’s the only cat that really has similar tastes and random crazy thoughts like I do….
who else wishes that there was reserved seating in every theater? a lot of you? okay who else buys 6 seats for only 3 or 4 people so that we have extra seats so nobody sits next to you? HAHAHA, THATS MY SHIT!!!!!!

p.s. don’t forget to join me and my boy IZ tonight at J-Lounge
its crazy how fast time flies and how long some things can take…
but fuck man. it’s almost 2010 and jesus… 7 months ago my life was SO MUCH DIFFERENT. smh…. but it’s all good. I got “W’s” coming for the new year!

got some feet coming! ohhhh boyyyy!