So I decided to throw in a random old school story at any given time…. this feels like a good time…
for those who don’t know my history, I used to be a VP over @ Priority Records from the early 90’s to mid 90’s. Priority was the rap powerhouse that pioneered “gangsta rap” from birth of legends like Dr. Dre, Ice Cube, Eazy E, N.W.A. to Master P and so much more….
but in early 1996, I met a few guys who changed Rap forever as well….. Biggs, Damon Dash & Sean Carter aka Jay-Z. We picked up Rocafella through a distribution deal with Reasonable Doubt as their first release….. I never in a million years knew then that Jay would be the animal that he is now. I almost want to slap myself for not being a lot cooler with him then when I was focused on some of my acts and other shit goin on SMH…. so anyways, I got a reasonable doubt Platinum plaque and ain’t no nigga gold plaque on my wall(first plaque Jay ever got) from workin on the record…. later, I left the label and helped start Aftermath Ent with Dr. Dre. When I left, Jay & Dame got into it with my old bosses over some petty shit and shook over to Def Jam(biggest mistake Priority ever made) Dame would fax over the billboard charts to show off the #1’s off Hard Knock Life…. so anyways, I was an OG rocafella team member before a lot of cats were…..
jump to 2002, me and Dame been friends for many years, it’s fall and it’s his 1st cousin Darians bday and we’re headed to go see Foreigner play at the house of blues in hollywood. Mick Jones of Foreigner is Samantha Ronson’s dad and Sam was just freshly signed to the ROC at the time…. so we’re headed there to see her open up for her pops and then see Foreigner kill it. so it’s me, Dame & Darian in the car service with a security guard and me and Dame always argued. I mean we would talk mad shit and get heated about nothing and just roast each other….. this time it was about sneakers… he thought he had more than me, then he thought that some pics on my digi cam were not from my house, but from a sneaker store(f.y.i. I owned over 1,800 pairs of rare sneakers then) so he had just finished trying to shit on me about an artist being signed to Def Jam (he called Tina Davis, at the time she was freshly with a VP of A&R status @ def jam) and I was wrong, but not really, the artist contracts had not yet been finalized, so he felt he could put his chest out and say some more shit…. so I said “OK SKINNY BALD HEAD GRIMMUS MUTHAFUCKA, PUT YA CHAIN UP IF YOU THINK I’M BULLSHITTIN!” so we argue and he’s like, “it’s nothing baller!” so we head to the club first… I remember as soon as we got there, it’s obviously old school rocker caucasian crowd to the fullest, here’s Dame & Darian wearing 3xl tall tee’s lookin crazy…. Dame buys a bottle of Cristal immediately for Darian for his bday… after the show ended, we took home a mutual friend of ours Rashida Jones(friend of mine for over 20 years. she just started to act back then) and she lived 5 minutes from me….. so I knew it was a wrap for Dame…. so we get to my house and it took a matter of maybe 8 minutes total to peep my shoe collection. He says “whatever you’re a fagget, let’s be out”(pause) (btw, dame was the king of saying PAUSE” lol) so we headed to the Hotel Bel Air(whenever the ROC was in town, Dame only stayed @ the hotel Bel Air in the illest room and this was before Dame bought his mansion here in bev hills, Jay only stayed @ the peninsula). I’m dancing actin a fool wearin the new chain…. it was the first time in my life I’ve ever seen Rose Gold and Black Diamonds…. I had to call my cousin steve because I wasn’t a jeweler then to ask him if he was up on game…. of course he was, but not many cats jewelry game was this serious then. Anyways, Dame was drunk started talking about a new mixtape he was putting out and I didn’t see him for a little while until they shot the video for “song cry” for Jay’s Blueprint album…. I had a tiny cameo in there and thats were I met my OLD trainer Gregg Miele(HE TOO BIGTIME NOW!! LOL)…. I then gave Dame his chain back then and he was so cocky, he didn’t want it. At that time, he had a platinum ROC chain made by Jacob and I wore that bitch too that day on set….. we was actin a fool that whole week with my man Bobalob(RIP) bustin into Jays dressing room acting crazy with Dame screaming out “Ben Balllleerrrrrrrrrrr!!!!!!!!!!” for no damn reason…. while Jay was just trying to watch Friday on a small tv and really max out. crazy shit. I also met my boy Ashley from Supra then as he was a member of the ROC then…. anyways, I didn’t finally give the chain back until almost a year later. but I found some old pics of the piece….. respect the work, but I don’t respect the jeweler who made it. just an old school story 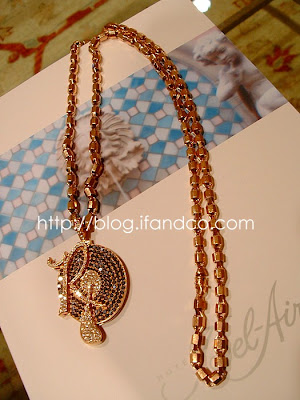 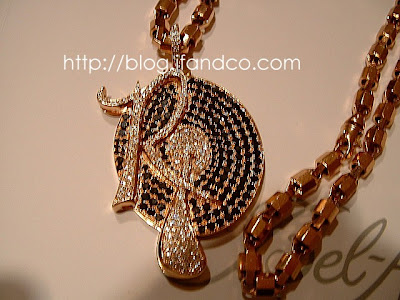 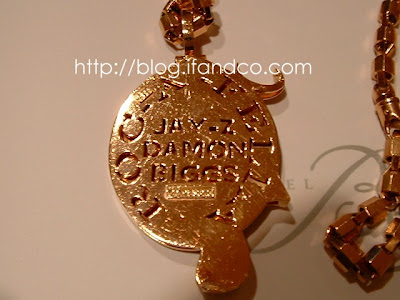 damn look at my arms… barely tatted below the sleeve with a pinwheel fitted on lol & some prada shades! I swore I was fresh then 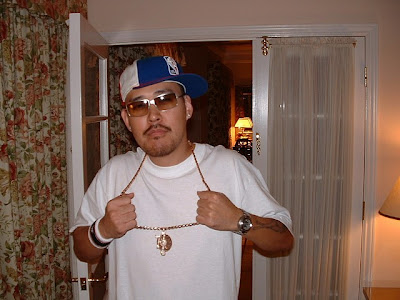 p.s. Dame Dash & Biggs still owe me $120 for some bum ass tree’s. TRUE STORY! Ashley you know I was tight! not because of the money, but because they were such faggets and had me drive out dumb far to get them the illest Cali dank and bring it to them be on some J jerkin N’s(jadakiss skit, over ur head prolly) lol
F.Y.I. me and Damon are still friends, but after the break up of the ROC and more recently(circa post 2007) I feel like he’s lost that swagger big time. shit’s weird to see him like that. we’ve always been cool, so I hope he’s alright