first off…. I wrapped up a project this week that could be HUGE! I have a lot of faith in this project and with this, I can not only further my career and networks, but also open some doors and break stereotypes for Asian Americans across the land. REAL TALK! I had an amazing week! still on the diet, still hardbody gangster in the gym (thank you GOAT) and stayed out of trouble. I swear to god I love 2009 so far and if shit was any better, I’d think it was a set up for real. Headed out to see a movie tonight with my homey Tila and got great news on the way to the movies….. the bitch ass Tennessee Titans lost, put a smile on my face.

so I been really busy and it’s been hard to keep up with the blog, but check check it out!
My bday party is confirmed for Tues, January 27th @ Club MyHouse(formerly Garden of Eden) and it will be the grand opening for Tues nights there. Shit is gonna be OFF THE HOOK like bill collectors shutting off your analog house phone! THERE WILL BE 10 MAYBE 12 GUYS ON MY GUEST LIST WHO WILL PRETTY MUCH BE MY FAMILY WHO ARE ROLLIN TO DINNER WITH ME. THE REST OF MY LIST WILL BE WOMEN ONLY. IF YOU DO NOT SIT DOWN TO PEE, THEN YOU ARE GOING TO HAVE TO POLITIC AT THE DOOR. I know, sucks, but I’m not bringing my phone in. I’m just goin in and poppin 20 bottles and acting a god damn fool that night.

anyways, again, this week was surreal. Thank you to all of those who gave me the opportunity to get down! I had to go with my lil homey Ahmad tonight to celebrate. We popped off like the 4th of July @ Coco DeVille tonite 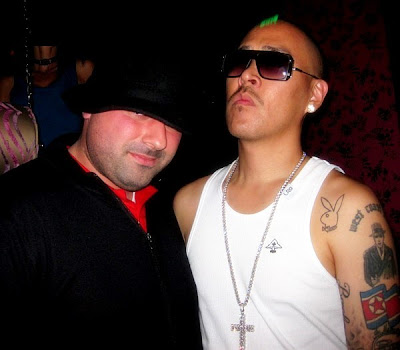 now I gotta get some rest so I can pack and head off to Sin City. When I get back, I should have some good news, maybe great news….

p.s. yo James, I heard girls on the dancefloor tonight inside the club…. so I got hyped for you and blew some dro in the air and threw champagne on everyone in the 15 foot radius of me. lol