well, after the FM show, my week needed some simmering down….
Started out the weekend by hitting up Boiling Crab just because…. went nuts on 2.5lbs of dungeness crab and clams and catfish and chicken wings and apple cider, lol…. 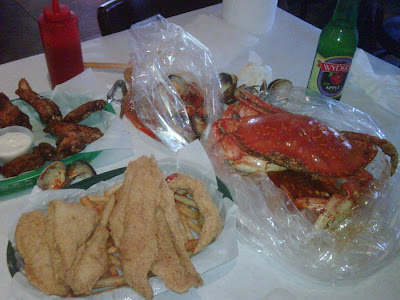 after that, we hit this chinese market that had a variety of everything from facial soaps and plates to candy to jewelry to womens clothes TO JUST EVERYTHING! this shit is so BAWSE!!!!!!! had to cop 1…. travel case of Veuve Rose’! wow! 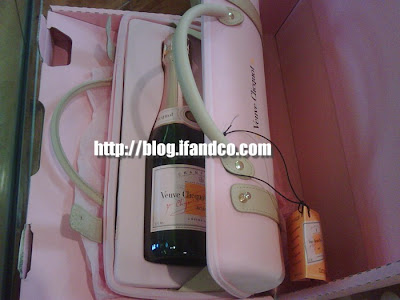 after the food coma and time in the SGV, went to glendale to check out my homegirl Christine Mendoza and if you know glendale/burbank… they are right along side the sheriffs in weho and THEY LOVE TO FUCK WITH ANYONE WITH A NICE CAR! so I drove a lowkey car to keep it safe…. so we get there and it’s an 18 and over party???? wtf? wow. whatever… they comped us a bottle of goose and bottle of brut champagne, so I can’t be mad…. at around 11pm or so the club turned on all the lights and had to kick out anyone under 18 years of age with a stamp on their hand. they turned the music off and this shit took like 20 minutes or more… I was like wow! I’m just here to support my homey, but again. WOW! lol. I could be these kids fathers easy! smh, but after that, the night was fun…
we took some pics of course 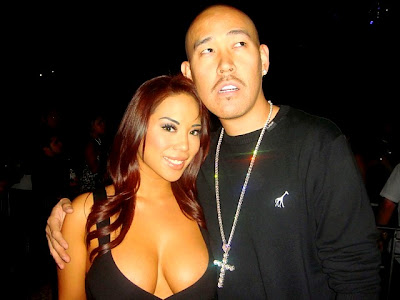 DAMN FOR ASIANS WITH DIGI CAMS! LOL
well after leaving there were SOOO MANY PIGS ALL OVER THE ROAD, SO THANK GOD I DIDN’T DRIVE MY WHIP…. the CHP’s and Glendale police look for Platinum Motorsport plates to harrass and fuck with them…. it’s a known fact… we hit up fatburger and then watched the notebook til we passed out….

the 4th!
was supposed to wake and be out of the house by 2pm to hit up this bel air mansion party with free premium liquor and food and massages and all types of shit hosted by the owners of MyHouse and we just couldn’t make it because I really wanted to get a good seat at Chase park in Marina Del Rey for the fireworks… but my friend is from that area, grew up going to see the fireworks there since she was a baby and told me by 2pm it’ll be impossible to find parking….
so being hardheaded, I decided to drive there anyways…. we hit up this OG mafia style family owned Italian Market to get the BOMBEST FOOD EVER! and a bottle of Pinot Noir and headed straight for the marina…. once we got there, yup, parkin was a wrap. it was like 3pm! jesus…. so we decided to hit up this pool party @ the new custom hotel in westchester to meet up with her brother…. party wasn’t my scene at all, but I made the best of it. By sooooo random coincidence ran into some REAL OG HOMEY’S OF MINE. like 15 + years in the game at least! my homey David Faustino (yes bud bundy) who we used to do a legendary club called Ballistyx back in the day and my other OG buddy who’s also an actor Corky Nemeck who I haven’t seen in almost 10 years! then my homey Marv Mack was there and I don’t know why, but my boy Nick Diamond was there. lol. 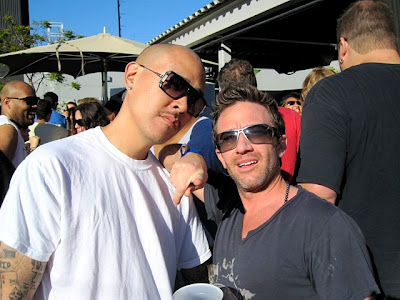 damn Dave and he was with some stunnas! (girls, not the shades) 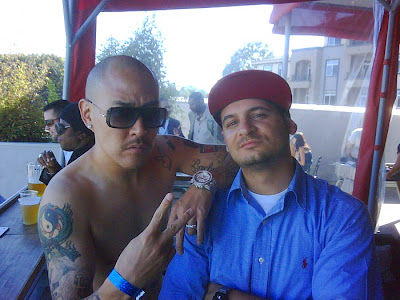 so left and it was gettin a lil chilly, so we hit up this spot called Lares and it’s a fucking dope spot! this is the spot you take a girl to on a first date! wow…. great mexican food and it’s dark, intimate and they of course have drinks! we left there and she said that we could watch the fireworks from this one spot she knew of and we made an immediate B line there…. it was a culdesac that looked over the entire beach from playa vista to marina del rey to a little of santa monica….. I didn’t take pics of the fireworks, only video and the vids are too large to upload, BUT the actual view we had was the best view for the show period… when we got there, there were 4 people there. right before the firework show started there were around 75 people there! and this is a small corner! so it was crazy… 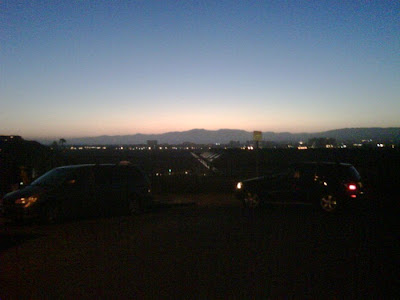 it might not look like much, but like I said, we saw everything perfectly!
after that we were so exhausted, we went home, I wanted to hit up my boy Rob Dyrdek’s party @ my house, but I was too tired and had to be up early
woke up sunday cranky and with a bad headache… and I was packing to hit the OC and hang with my bro Jonas….